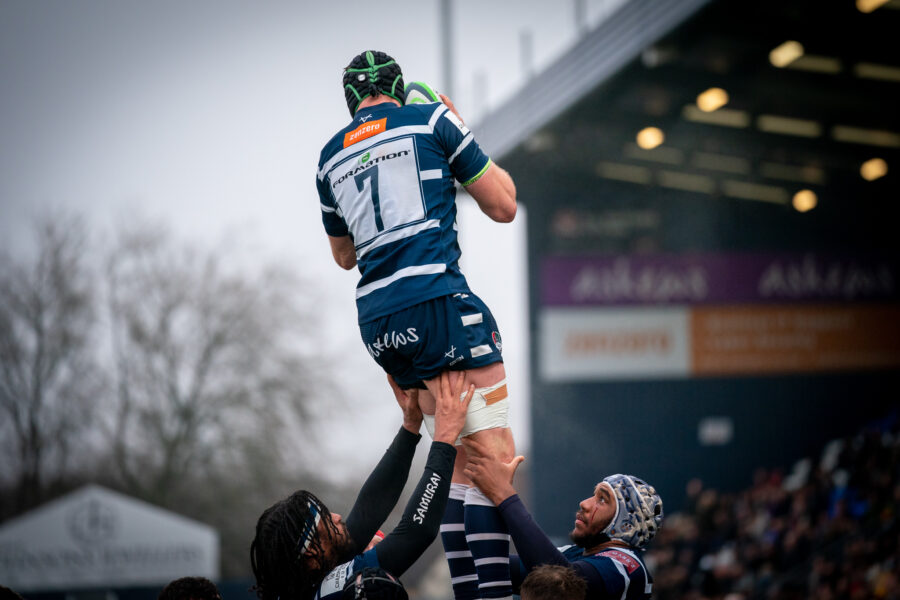 Rowland Winter has named the Coventry team to face Hartpury in Championship Round 14 (15th January 2022, KO 3.00 pm, Butts Park Arena). It will be the second time the team have faced the Gloucestershire side during this campaign but failed to leave Round 4 victorious.

It will be Coventry’s first game of the new year after a number of positive covid cases resulted in the team being unable to play against Richmond on the 2nd of January. A new date for this fixture has been confirmed and will take place on the 26th March 2022.

The enforced break has allowed the squad to refresh a number of players, resulting in 12 changes being made to this weekend’s lineup.

Commenting on injuries, Director of Rugby Rowland Winter reports that “Tom Emery and Rhys Thomas continue their rehab and are expected to return to training towards the end of March. Aaron Hinkley & Louis James both picked up small knocks in training this week, both are expected to be back in action within a fortnight along with Tiki Nayalo returning to training. Louis Brown is approximately a month away from being back involved following his knee op in December.”

It will be Josh Bainbridge’s first game since October after he picked up an injury in the Pirates away game. Bainbridge starts this weekend at number 7 which results in Adam Peters returning to number 6.

The team are without Fred Betteridge and Luc Jeannot whilst they complete their COVID return to play protocols and Will Hurd has been recalled by Leicester Tigers for their European game this weekend. As a result Jake Bridges – Coventry Rugby’s senior academy prop, comes on to the bench and looks to make his debut; partnered by Phil Boulton who returns for this game. “Jake has been working hard and developing his game for some time, so I am excited to see how he goes” Winter comments.

Also making his debut this weekend is James Tyas, who starts at number 4 lock. Tyas joins Coventry from London Scottish on a short term contract until the end of the season. “James has plenty of experience in the Championship and is comfortable in the second row or back row so he will be a great addition to the squad” Winter comments. Tyas partners Jonathan Kpoku in the second row which sees Dacres move to the bench.

Thank you to our match sponsor Champion Air.