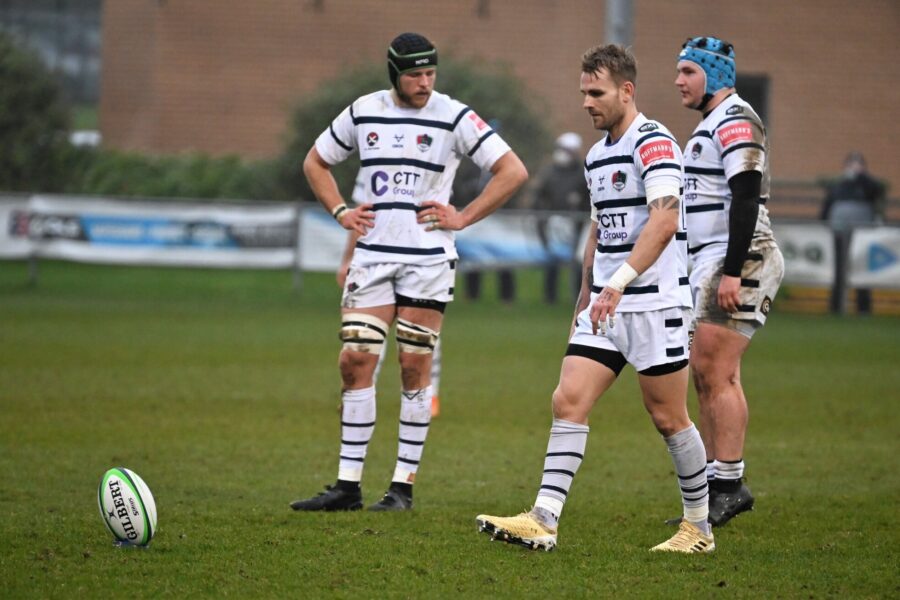 It will be the second time the two teams have met in this campaign after the Bedfordshire team left victorious in Round 2. Ampthill capitalised on every opportunity and achieved all of their winning points from penalties and without once entering Coventry’s red zone.

Commenting on the team selection, Director of Rugby Rowland Winter said “due to positive covid cases and the knock-on effect of identified close contacts, the following players are unavailable for this weekend’s game while they follow the RFU and NHS guidelines on isolation: Toby Trinder, Phil Boulton, Jake Bridges, Aaron Hinkley, Fin Ogden, Tom Curtis, Tony Fenner and Rob Knox.

Also unavailable due to injury are Jordan Poole, Rhys Thomas, Josh Bainbridge, Senitiki Nayalo, Tom Griffiths, Sam Aspland-Robinson, Tom Emery and Louis Brown. The majority of these players are expected to be fit to play within the next month.

Regarding selection, Harry Clayton has joined up with the team having been part of our academy process in the summer alongside finishing his degree at Newcastle University. He is 21 and has impressed over the last few weeks of training and we are excited to see him play this weekend. Henry Peck, prop, also joins the team on loan from Cambridge for this weekend.

Despite the impact of injuries and covid on the squad availability, we have selected a strong squad that are all looking forward to the game on Sunday.

It is set to be a great occasion, it’s exciting to be playing on Boxing Day & we are looking forward to being back at home playing in front of a big crowd.”