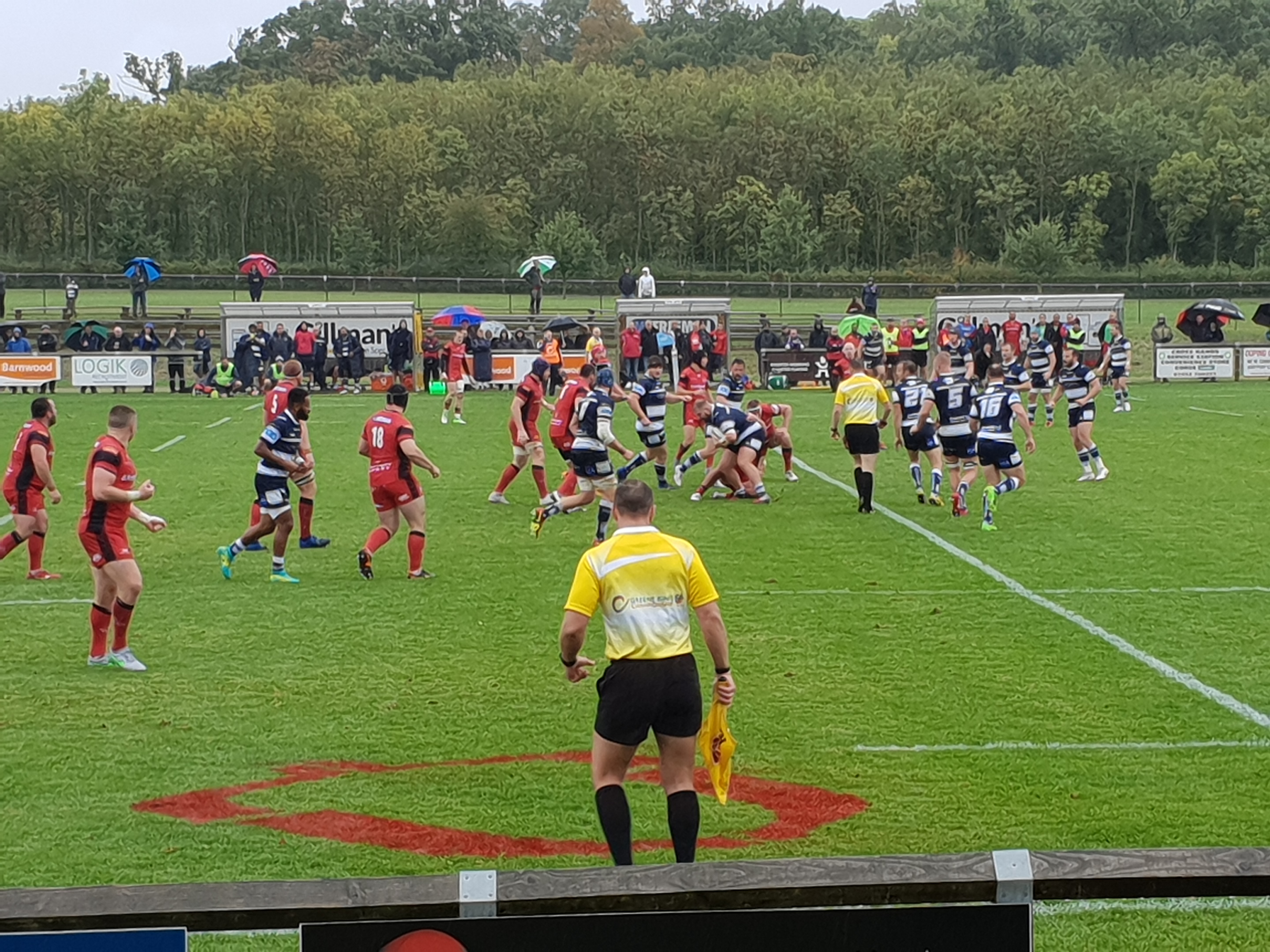 Coventry Rugby lost a game of small fractions in heavy rain in Gloucestershire as they paid a heavy price for making too many errors.

Both sides claimed two tries with Cov’s James Stokes and Pete White responding to first-half efforts from Will Tanner and Rob Langley.

But the visitors could – and perhaps should – have converted a long spell of second-quarter pressure into further scores, with handling skills and discipline being the chief culprits.

This meant they were vulnerable to the accurate boot of home fly half Luke Cozens, which alongside a very direct display of forward-based rugby enabled Hartpury to keep Cov at bay.

A purple patch midway through the second half which produced ten unanswered points, briefly threatened to deliver a first Championship away win of the season, before Cozens’ third penalty forced the visitors to settle for a losing bonus point.

Jake Sharp then missed a 25-metre penalty after the hosts infringed at a scrum, before Hartpury forced a string of penalties in the visitors’ 22.

This sequence ended with James Voss being shown a yellow card, then hooker Tanner opening the home account following a lineout drive.

Cozens converted, and the home No.10 was soon on the mark for a second time after his forwards forced flanker Gilbert over by way of a series of close-range pick-and-drives.

Voss’s return coincided with Cov’s best spell of the half, only for handling errors to twice thwart promising positions in the home 22.

The last ten minutes prior to the break were spent exclusively in the home 22. And eventually, after James Gibbons had gone close, White scooped up a loose Hartpury scrum heel and went under the posts.

Sharp’s conversion closed the interval gap to seven points, but with the hosts dominating possession and territory, Cozens extended this to 13 by the end of the third quarter through penalties awarded at the breakdown and scrum.

But replacement scrum half Tom Kessell’s quick thinking then brought Cov surging back into the match. The former Northampton No.9 scorched through a gap on halfway from a quickly-tapped penalty and released the supporting Stokes to the line for a try which Sharp improved.

And the visitors really scented opportunity four minutes later when home flanker Rob Langley was sent to the sinbin for killing the ball in desperate defence on his own line, and Sharp kicked a routine penalty.

The large and vocal blue-and-white support thought their side had taken the lead for the first time a few minutes later, only for Voss to be recalled for an earlier forward pass.

Hartpury had now weathered the storm, and restored to 15 players, their forwards embarked on a long spell of possession in the Cov 22 which eventually yielded a third penalty for Cozens.

And despite a late attacking flurry, this was as good as it got for the visitors, who were unable to take advantage of one last lineout in the home 22.