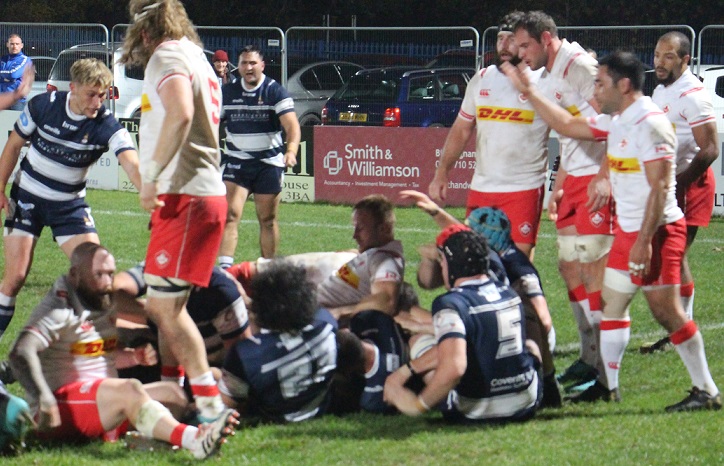 Canada claimed the spoils at the end of an entertaining Butts Park Arena contest, scoring five tries to which Cov responded through Phil Nilsen and Louis Roach.

This sent the visitors to their World Cup qualifying competition in Marseilles in good heart, while a number of the hosts’ younger players enjoyed the opportunity to get some game time and stake their claims for Championship Cup places in front of a good-sized crowd of 1451.

The visitors laid down an early marker by retaining possession through multiple phases in the home half then putting a penalty into the corner.

And from the resulting lineout Canada moved the ball into midfield where hooker Ray Barkwill forced his way under the posts for a try which Gordon McRorie converted.

Only an outstanding piece of last-ditch Cov defence then prevented Canada full back Theo Sauder from increasing their lead after a thrilling counter-attack.

However, as the hosts settled to their task, they first created a half-chance, when Will Finn’s chip narrowly eluded Junior Bulumakau with the line gaping, then shunted Phil Nilsen over from a close-range lineout for their opening score.

Canada’s driving forwards continued to look dangerous, and they were rewarded by a brace of tries early in the second quarter.

The first was finished by No.8 Tyler Ardron, after another lengthy spell of ball retention in the home 22, after which the visitors exploited a hole in the midfield defence to send centre Nick Blevins racing over.

McRorie converted both tries, but as the game passed the half-hour mark it was Coventry who were pressing hard in the away 22, where Canada conceded a sequence of penalties while defending two driving lineouts, and were duly warned by Welsh referee Aled Liddington. 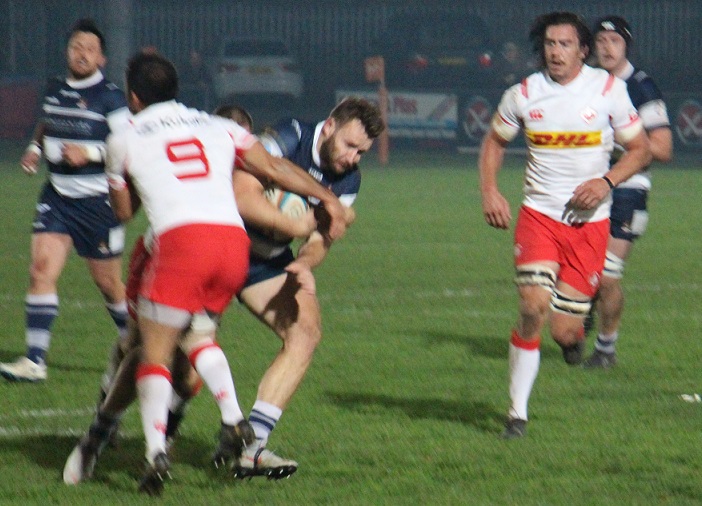 And they almost immediately extended this when Djustice Sears-Duru carried hard, after which some good handling sent winger Kainoa Lloyd racing over for a try which McRorie improved.

Canada’s rugged pack were battling hard on the floor and when they put together a well-structured maul in the home 22, the referee awarded a penalty try.

A sixth Canadian try seemed inevitable when their back three combined to release Matt Evans, but the left winger was checked on the home line by some desperate defence.

With the hosts now running from everywhere, Rob Knox carried strongly and James Stokes enjoyed the chance to open his legs and make 40 metres in front of the main stand.

And when Stokes flicked the ball through his legs, Louis Roach was able to pick up the pieces and wrongfoot the defence to claim a try which Ben Palmer converted.

As the penalties racked up against Canada, Lloyd was shown a yellow card for persistent infringement in their own 22, but Cov were unable to claim a third try before the final whistle sounded.