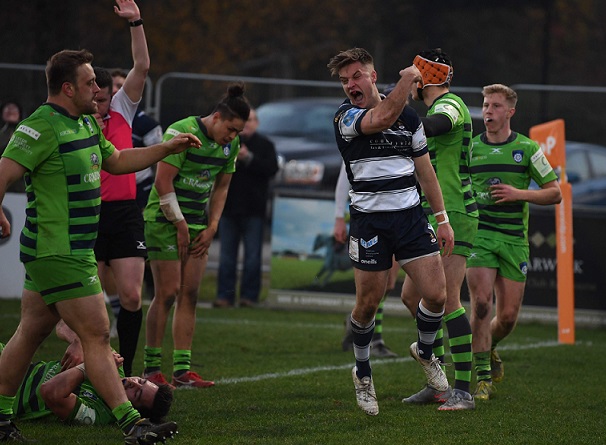 The former Gloucester and London Irish hooker has appeared from the bench in his club’s opening two rounds against Doncaster and Yorkshire Carnegie after overcoming a bicep rupture suffered during pre-season.

Dawidiuk is joined in the front row by Bi Alo and Nathanael Titchard-Jones, which means the injured James Gibbons’ unbroken 11-match sequence in Cov’s No.1 shirt comes to an end.

Behind them, Tom Jubb starts alongside George Oram in the second row, which allows Alex Woolford to rest a toe problem, while flankers Jack Preece and Jack Ram swap starting and bench roles.

Coventry’s coaching group makes two changes behind the scrum. Scrum half Pete White partners Will Maisey at half back, while James Stokes rotates to the bench to allow exciting prospect Dan Lewis a first start at full back after his try-scoring senior debut as a replacement last week.

With Tom Kessell handed a break, Will Flinn is in line to make his blue-and-white debut from the bench where is joined by the returning Phil Nilsen, Charlie Beech and Ben Nutley.

“Nottingham’s director of rugby Neil Fowkes has been involved with the club for a long time, and has built a really strong squad.

“They have a lot of depth, as their league campaign has shown, where they are firing on all cylinders at the top end of the table.

“We play them three times in the next five weeks, so I’m sure we’ll get to know them well and find out plenty about them.

“Three wins should put us in a qualifying position, but we have four games to go in the pool and are looking to win them all.

“It’s all part of the building process – we are looking to build a series of strong performances before the league starts again in December.”