Coventry Rugby v Nottingham: Cov seek to double up in the cup 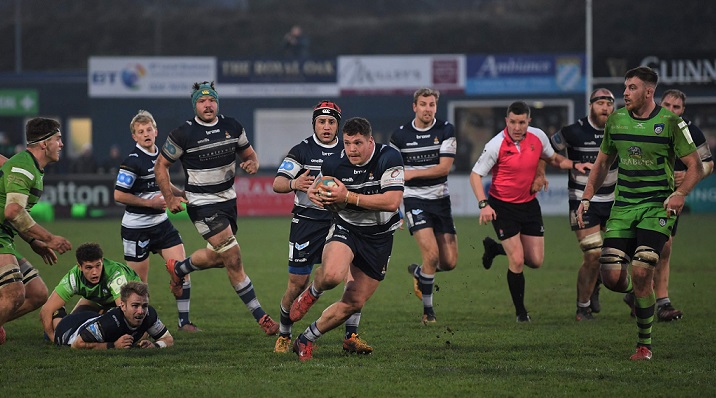 Cup action returns to the Butts Park Arena on Saturday for the second week running, when Nottingham are the visitors (3pm kick off).

A decade and more ago, the Nottingham squad of the day were involved in the first game played at the modern-day Butts Park Arena.

Since then, in common with a lot of newly-promoted Cov’s opponents this season, Nottingham have not been met for nine seasons.

They were formed in 1877 and while for many years, their Beeston base was very familiar to blue-and-white fans, the ‘green-and-whites’ have been rather on their travels in more recent times.

First came the ground share with Notts County FC at Meadow Lane, before a move was made to their training base at Lady Bay – a venue which, by all accounts, Nottinghamshire cricket also have some involvement in.

Current head coach Neil Fowkes has spent his whole 30-year career at the club, as a player and coach.

After an excellent early season in the Championship, his squad has lost to both Yorkshire Carnegie away and Doncaster Knights at home in the Greene King IPA Championship Cup.

One of Nottingham’s hookers, Jake Farnworth, had a spell at the BPA between 2014 and 16, making 13 appearances while dual-registered from Northampton Saints.

Conversely, winger James Neal, who made his Coventry debut last season and is currently out on loan with Chinnor in National League One, was previously at Lady Bay. In addition, James Stokes played at Nottingham early in his career.

Saturday’s encounter is just the fifth time Cov and Nottingham have met in various cup competitions since the 80’s. It is highly possible, however, that there were earlier meetings in the very old Midlands Counties Cup, sadly such records are no longer available to us.

A second successive home game promises much – and the home support will hope for another similar performance, full of exciting, running rugby, as Cov look to cement second place in group one ahead of the return fixture at Lady Bay which takes place on Friday week.