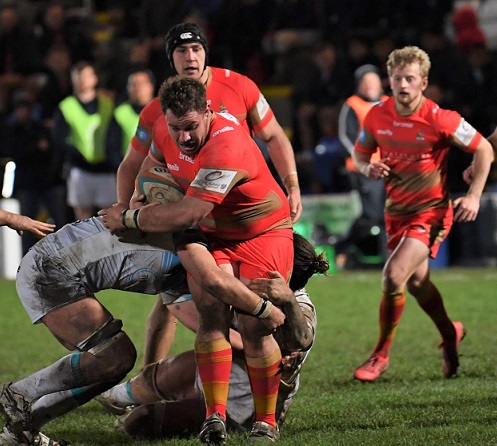 Five weeks ago Doncaster were our last visitors in the Championship Cup and it is again the Knights who feature this Saturday when the Greene King IPA Championship returns to the Butts Park Arena for the first time since late October.

This round of matches brings the league campaign to its seasonal mid-point, at which juncture Cov are in seventh place on 23 points with Doncaster two places lower with 17.

Saturday marks the beginning of an important period for the blue and whites and is also the first of two consecutive home matches – Cornish Pirates being the visitors on Saturday week.

Doncaster, who narrowly failed to qualify for the knock out stages of the cup, travel south with three league wins from ten to date.

Two of the successes have come on their travels – both at the Athletic Ground – where Richmond were their first victims in round three, after which London Scottish were beaten 36-20 at the end of October. Hartpury RFC remain the only side to have been defeated in league matches at Castle Park.

Doncaster’s top league points’ scorer is their Tongan fly half Kurt Morath on 46, while scrum half Tom James leads the try stakes on five. Another prolific points’ scorer in the squad is long-serving Scottish winger Dougie Flockhart, who Cov fans may recall as the main scoreboard contributor in his side’s recent cup defeat at Butts Park. 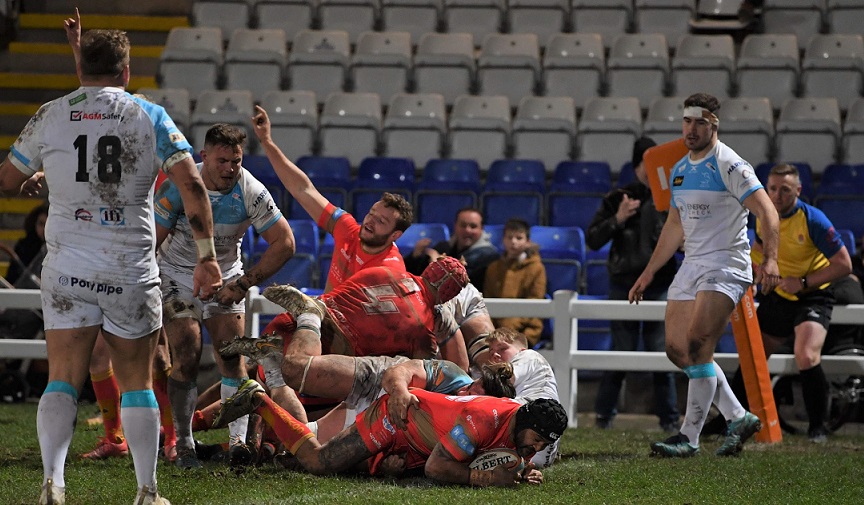 Sam Tuitupou scored for Cov against Doncaster in December

Founded in 1875, after a rather nomadic existence in their early days, Doncaster moved in around 1920 to a site near the town centre, before some 30 years later moving to their present ground at Armthorpe Road.

Castle Park, which has been extended in a big way over recent years, has become one of the best venues in the Championship, and has played host to several representative games.

League fixtures between Cov and the Knights began in season 2005/6. All meetings have been in English rugby’s second tier (now the Championship), other than the two games during Doncaster’s 2013/14 National One promotion-winning campaign. Doncaster currently lead the series eight-four.

After the three-week Christmas and New Year break, Cov go into Saturday’s encounter on the back of the hard-earned draw at Nottingham, a match which finally broke the run of away defeats. Having since benefitted from two blank weekends, and with players returning to fitness, director of rugby Rowland Winter and his coaching team face some interesting selection decisions before the final 22 is named for Doncaster’s visit.