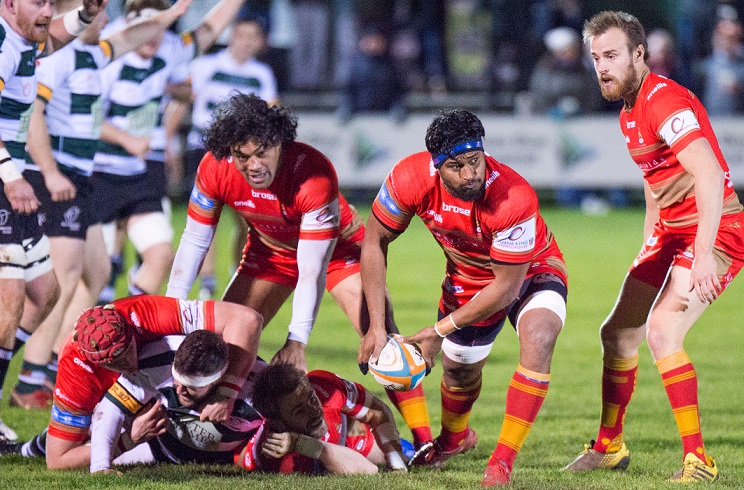 Coventry Rugby field a trio of Tongans in the back row when Doncaster Knights are the round five Championship Cup visitors to Butts Park Arena tomorrow (3pm kick off).

Jack Ram and Latu Makaafi, who started on the flanks against Nottingham last weekend, are joined by No.8 Dan Faleafa, who played a prominent role in all three of his country’s recent autumn internationals.

Cov’s starting pack shows one further change to the line-up which performed so impressively in the set-piece during the defeat at Lady Bay, with Phil Nilsen wearing the No.2 shirt while fellow hookers Darren Dawidiuk and Scott Tolmie are both named among the replacements.

They are joined on the bench by Harlequins loan signing Josh McNulty, who is in line to make his blue-and-white debut.

Behind the scrum, fit-again Rob Knox returns from concussion to partner Tony Fenner in midfield outside an unchanged half-back pairing.

James Stokes, who reverts to full back, is joined in a pacy back three by leading scorer Max Trimble and fit-again Junior Bulumakau.

“When we went up to Doncaster a few weeks ago we left a few scores out on the pitch. We created plenty of chances but didn’t take enough of them.

“We think we have improved quite a bit since then – our attack is flowing better and if we can keep improving our defence and set-piece Saturday will hopefully be a good day for us.”

“We feel like we’re moving forward in training, and in the last four or five weeks we’ve added a lot of detail to our schedule, so the boys are now working a lot harder behind the scenes.

“Over the last month we’ve almost had another mini pre-season, and hopefully all the work they’ve put in will pay off during the remaining cup and league games.”