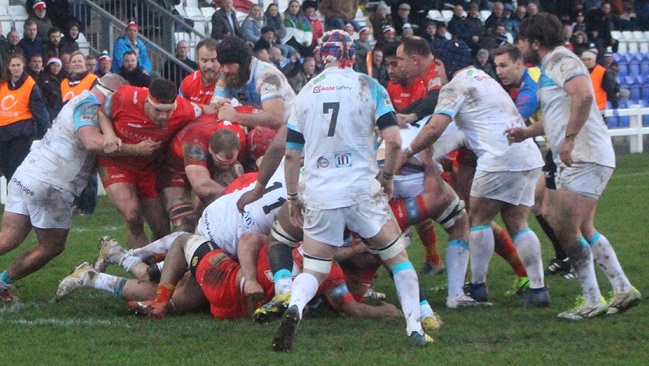 Nottingham and Yorkshire Carnegie complete pool one’s fifth round action tomorrow afternoon – after which Cov travel to Headingley next Saturday – and with 17 points already banked, the prospect of the Butts Park Arena hosting the last eight tie in early February is also very much alive.

After Doncaster scored twice before the break, all Cov’s tries – scored by Darren Dawidiuk, Junior Bulumakau, Rob Knox and Sam Tuitupou – came in a purple 22-minute second-half patch, to which the visitors responded twice in stoppage time to finish with a brace of bonus points.

The hosts responded through Knox, who stroked over two 48-metre wind-assisted penalties from identical positions just inside the Knights’ half head-on to the posts.

And the blue-and-whites took the lead for the first time shortly before the end of the opening quarter when Will Maisey split the uprights with a close-range penalty.

As the match approached the half-hour mark, the Knights claimed their second try through their powerful forwards who drove a lineout 15 metres for hooker Ben Hunter to claim the touchdown.

Cov’s forwards hit immediately back by driving a lineout to the visitors’ five-metre line, only to be penalised on the ground.

The home side lost Phil Nilsen to the sin bin six minutes before the break when they were deemed to have made one high tackle too many.

But despite a prolonged spell of Doncaster pressure, and a near-miss when Charlie Foley was unable to ground the ball, the home line remained intact until the interval which came with Doncaster holding a three-point advantage. 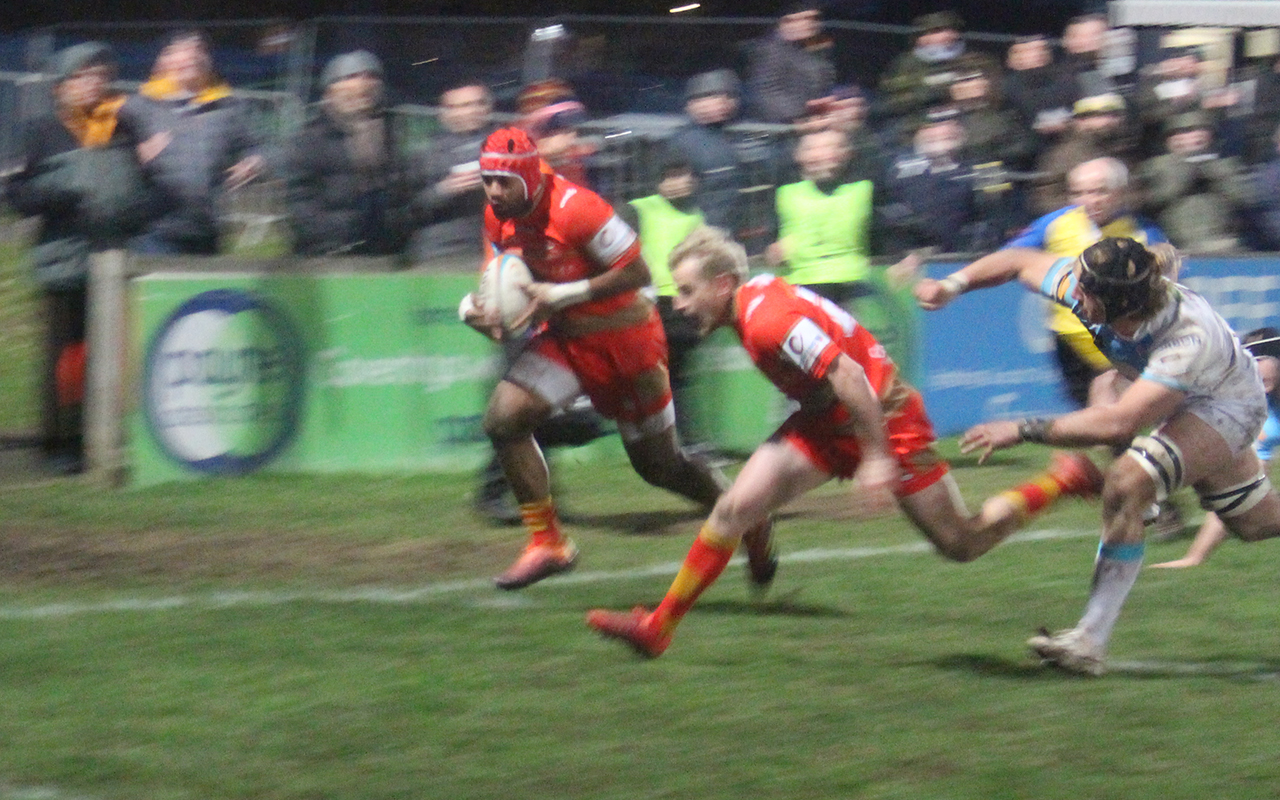 Immediately after Coventry were restored to 15 a Dan Faleafa break took them into Knights territory where the visitors lost Robin Hislop to the sinbin for a dangerous tackle.

Coventry’s forwards took advantage of their numerical superiority to drive deep into the Doncaster 22, where they won two penalties then eventually forced replacement hooker Dawidiuk over from a lineout.

Rory Pitman then carried strongly for Doncaster, who won a penalty on the ground which Flockhart converted into three simple point.

The Doncaster winger turned from hero to villain early in the final quarter when he was sin-binned for a high tackle on his opposite number.

And after Cov kicked into the away 22, quick possession enabled Pete White to release former Doncaster winger Bulumakau to the corner.

The hosts then put daylight between the teams with a superb long-distance counter-attack try, created by James Stokes and Bulumakau, finished by Knox and converted by Maisey.

The home side secured the spoils and a bonus point when Tuitupou forced his way over from close range following another good period of continuity.

As the contest went into stoppage time, the newly-returned Flockhart picked off a midfield pass and raced close to the home line before sending Will Owen over for a try which he also converted.

And Donny also had the last word through full back Cameron Cowell and Flockhart’s conversion, but it was the hosts who left with the five points.