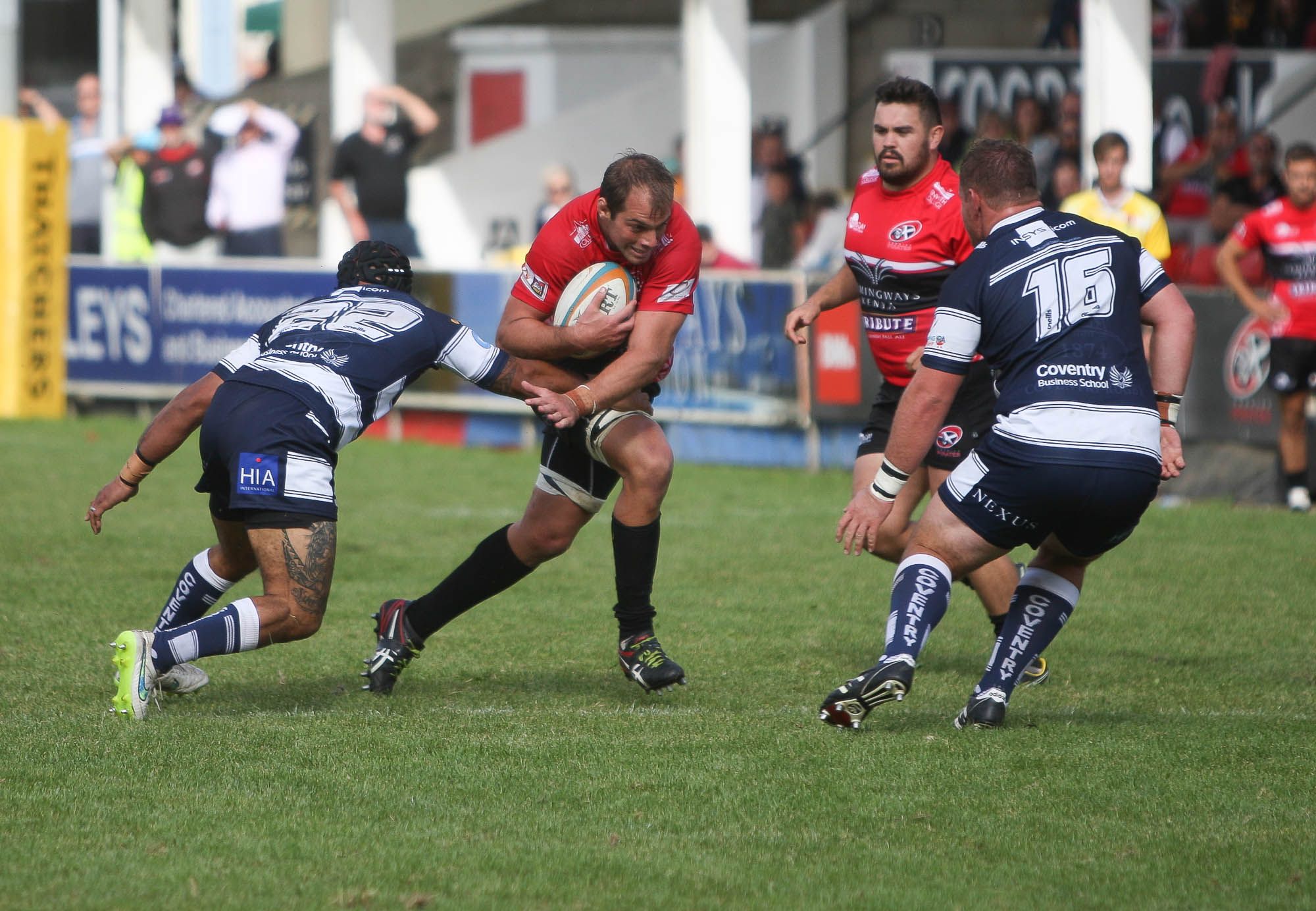 The Butts Park Arena will host back-to-back home games for the second time this season with the arrival on Saturday of Cornish Pirates (3pm kick off).

Cov’s plans for the Cornish visit will inevitably centre around putting things right, with the disappointing home loss to Doncaster still fresh in everyone’s thoughts.

Equally, the much-travelled visitors will no doubt also be smarting from their 18-13 defeat at Headingley against the resurgent Yorkshire Carnegie.

Cornish Pirates, currently in fifth place in the Championship, travel to the Midlands with their record showing six wins from 11. Only one of those have, however, been achieved on their travels, at Hartpury RFC back in September.

Set against that, the Pirates recently produced an excellent 19-7 Championship Cup win at home to London Irish, even though the away leg went very much in Irish’s favour.

There is not a particularly long history of fixtures between Cov and the former Penzance & Newlyn club which rebranded as Cornish Pirates in 2005.

Penzance & Newlyn were formed in 1945, although there had been a long history dating back to the late 1800’s of fixtures between Penzance and Newlyn’s individual clubs. It was, apparently a very feisty rivalry before fixtures between the two were halted, leading eventually to the amalgamation.

A major trawl through many years of records has shown that post World War Two, Cov’s first meeting with Saturday’s visitors did not come until season 2003/4.

All matches have been at league level with the exception of one cup meeting in 2004/5 which Cov won in the first season of rugby at the BPA.

That said, Cornish Pirates hold a very definite advantage in terms of wins achieved from the 13 league matches played – 13 -2 including the 10-35 reverse Cov suffered at the Mennaye Field back in September. Both Coventry wins in the league fixtures have come on home territory, the most recent being in 2008/9.

Joint coaches Gavin Cattle and Alan Paver have been at the Pirates’ helm since charismatic former chairman Dicky Evans appointed them in 2014. Captained by Canadian World Cup lock forward Brett Beukeboom, they arrive at the Butts Park with the biggest number of bonus points gained in the Championship so far this season.

One of this season’s Mennaye Field newcomers, wing Robin Wedlake who joined from Plymouth Albion, currently tops their Championship try tally, despite recently being absent through injury. Fly half Will Cargill is currently Pirates’ top points’ scorer.

From a Coventry perspective, two successive home games to start 2019 has always looked potentially significant. Cornish Pirates though, on their first visit since season 2009/10, will themselves be seeking to improve their away fortunes, so the match overall looks to have all the signs of being another close one.