Coventry Rugby v Canada – All you need to know 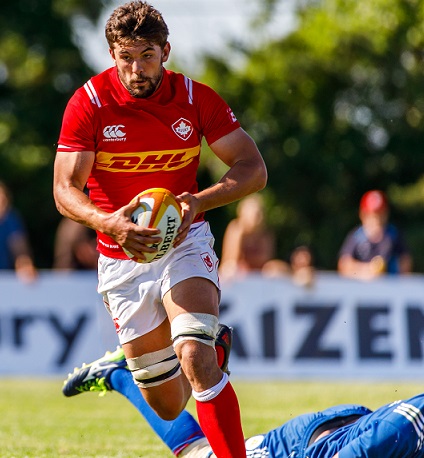 The visit of the Canada national squad to the Butts Park Arena on Monday evening will be a first to the venue of a full international side.

During the Coundon Road days, Cov hosted several overseas national sides, the nearest geographically to Canada being the USA 41 years ago in season 1977/78.

Having played Oxford University at Iffley Road last Wednesday, Monday’s match will be the final warm-up game for the Canadians before they begin their attempts to qualify for the final stages of next year’s World Cup.

Their three qualifying games, all being staged in Marseille during November, are against Kenya next Sunday, Germany and finally Hong Kong.

So far, Canada have reached the final stages of all eight World Cups played since its inception back in 1987.

The Canadian Rugby Union was formed in 1974, although there is some evidence of rugby being played by visiting sailors in the country as long ago as 1860.

Head Coach of the current squad is the former Welsh international back row forward Kingsley Jones, while several of the squad currently enjoying contracts with either British or European clubs.

The match provides an interesting break for Cov and their supporters from the weekly rigours of league rugby, before the new Championship Cup begins five days later.

It is an opportunity also for the squad to test themselves against an International side, who will surely will be keyed up waiting for their World Cup repechage competition to begin.

Kick off at the Butts Park Arena is 7.30pm. The evening will also include the Coventry club’s annual act of remembrance for the fallen, with it being the last home match before Remembrance Day.

Advanced tickets for Coventry v Canada, preferentially priced at £8 (free for those aged 16 and under) are available before 4pm on Friday from the Butts Park Arena ticket office on 02476 231001.