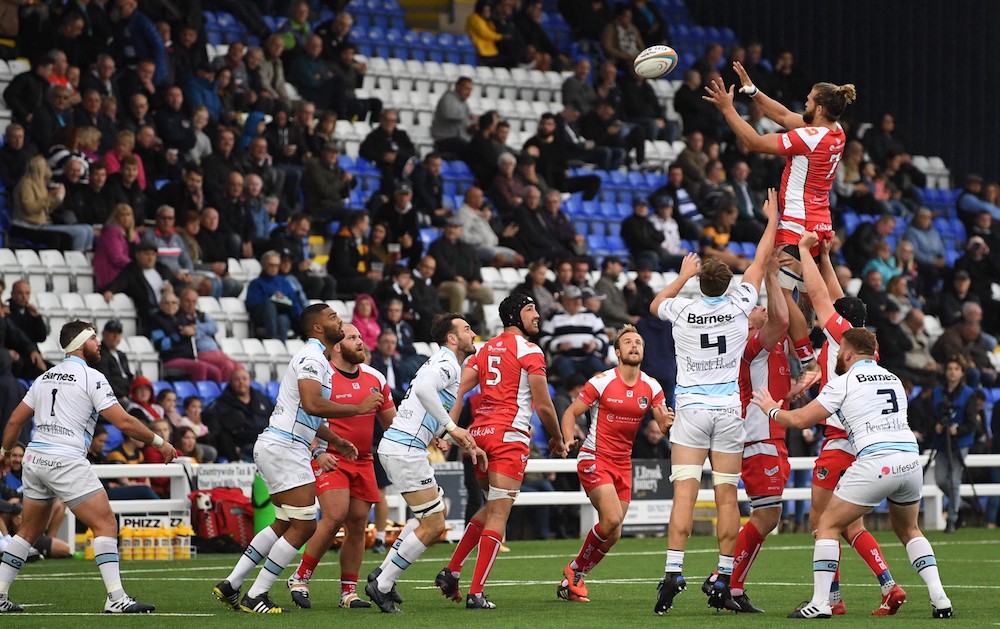 The Coventry Rugby team to play Ealing Trailfinders at Butts Park Arena on Friday evening (KO 7:30pm) shows a number of changes to that which beat Bedford last weekend.

Scott Tolmie, Phil Boulton, Nile Dacres and Senitiki Nayalo all make their first starts of the season, with Boulton also leading the team.

In the backline Junior Bulumakau comes in for his brother, Andy, who has been ruled out for a number of weeks after sustaining a fractured cheekbone in the first half of last Saturday’s game.

In his programme notes for tomorrow’s game Director of Rugby Rowland Winter says that Ealing, who come to town as the reigning Championship Cup holders, have become one of the benchmark teams in the competition.

“I’ve said a few times over the last 12 months that Ealing is a club that has set the benchmark for those who have come up from National League One, gradually building and taking steps forwards, and they have had consecutive second-place finishes and cup finals each year,” he writes.

“They are now genuine title contenders with a strong playing and coaching set-up that looks more stable than in previous years, and they are also looking to defend their title in this Cup competition.

“I was pleased with the team’s performance against Bedford. It is always good to learn a lesson in the game and come away with the win. We know that we wasted good opportunities last week, but I am happy that we created so many good opportunities to score and for the majority of the game we controlled the pitch and the tempo of the game, which sets us up well for our season ahead.”

Ealing and Coventry are both coming into Friday’s game with two wins from two, with the Trailfinders on top of pool one by virtue of having two bonus points to Coventry’s one. So someone’s 0 has got to go!

Tickets for Friday’s game remain available by CLICKING HERE and following the straightforward instructions – book before midnight on Thursday to make the most of advance savings, with Print@Home etickets helping supporters beat the match day queues. Tickets will remain available online all the way up until kick off.

Butts Park Arena will be open from 5:30pm with a wide range of food and drink outlets open, so for supporters who are working or shopping in Coventry city centre there is nowhere else to look for your pre-match dinner and drinks!