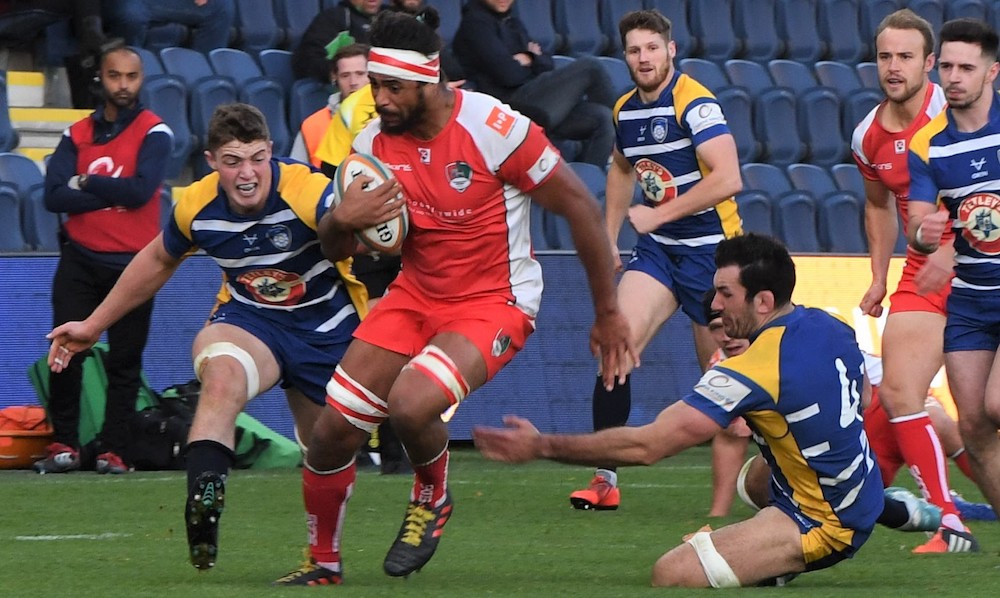 With David Halaifonua unavailable due to suspension and the ongoing injuries to Max Trimble and Junior Bulumakau new dual registration signing Ryan Olowofela is handed a first start for Coventry on the right wing.

Director of Rugby Rowland Winter and the coaches have rung the changes for tomorrow’s game. Rob Knox moves onto the wing with Andy Forsyth and Tony Fenner coming into the centres. Up front there are starts for Luc Jeannot, George Oram and Senitiki Nayalo.

With Ryan Burrows starting tomorrow’s game among the replacements the captain’s armband has been handed to Rory Jennings. Also on the bench is Andy Bulumakau, set for his first action since January’s trip to Ampthill.

With rain forecast for tomorrow afternoon supporters who are looking to sit in the XL Motors Stand are strongly urged to book their tickets in advance to reduce any match day queuing.

12noon – Ticket office, turnstiles, bars, club store and food outlets
12noon-2pm – Happy Hour in all the bars with £3 a pint
3pm – Kick off
Post-match – Live music in the Jon Sharp Bar from DDT