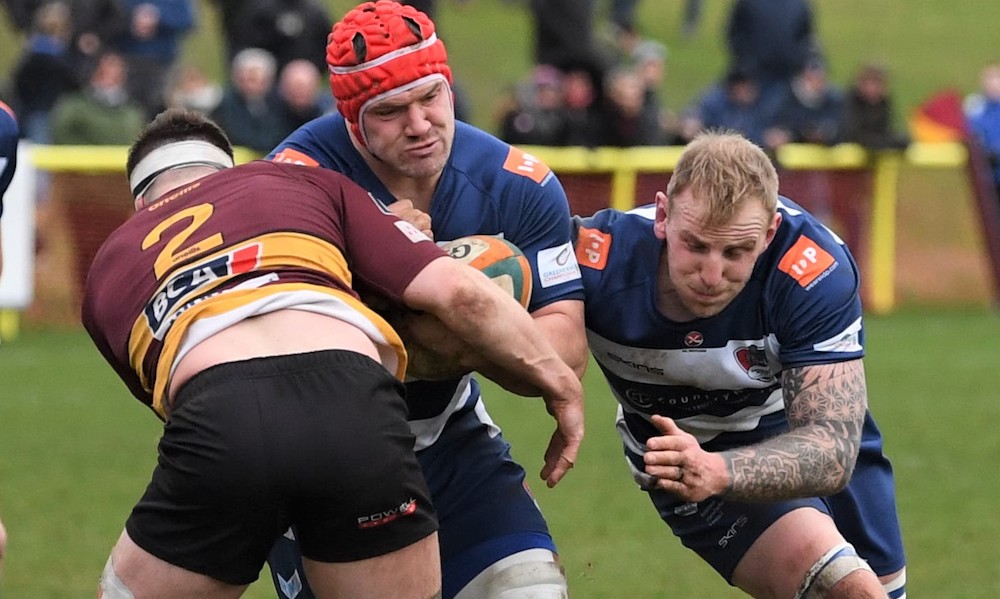 The Coventry Rugby team has been named to play Cornish Pirates at Butts Park Arena on Saturday afternoon in Round 11 of the Greene King IPA Championship campaign (KO 3:00pm).

Injuries sustained both at Hartpury last weekend and during the week in training have necessitated a number of changes to the team.

Max Trimble (knee), James Gibbons and James Voss (both neck) are unavailable from the team which started in Gloucestershire, with Junior Bulumakau (knee), Andy Bulumakau (ribs) and Jack Ram (knee) also out with injury. Andy Forsyth, Jimmy Stevens and Toby Trinder are all absent due to the Premiership’s week off.

The absence of Trimble and the Bulumakau brothers means a senior club debut for James Martin, who has scored 12 times in 16 matches for Cambridge in National League One. There is a contrast in experience on the other wing, David Halaifonua returning to the team, and Rob Knox and Will Owen partner in the centres.

Up front Luc Jeannot replaces Gibbons, with Gerard Ellis in line for his first action of the season after successfully rehabilitating from surgery in the early autumn. Heath Stevens also returns to the match day 23 for the first time since the pre-Christmas win over Nottingham.

Coventry Rugby are unbeaten at home in the Greene King IPA Championship so far in 2019/20. But it will be a stern challenge against a Cornish Pirates who head up the M5 sitting second in the league table and on the back of an unbeaten league run that stretches back to November.

Your support can be crucial in getting Cov over the line this Saturday, so get to Butts Park and be the extra man!

Half-time – Kicking competition on the pitch with Purity Ale

Post-match – Live music in the Jon Sharp Bar from Gdansk

Book your match tickets now to save cash and beat any match day queues!