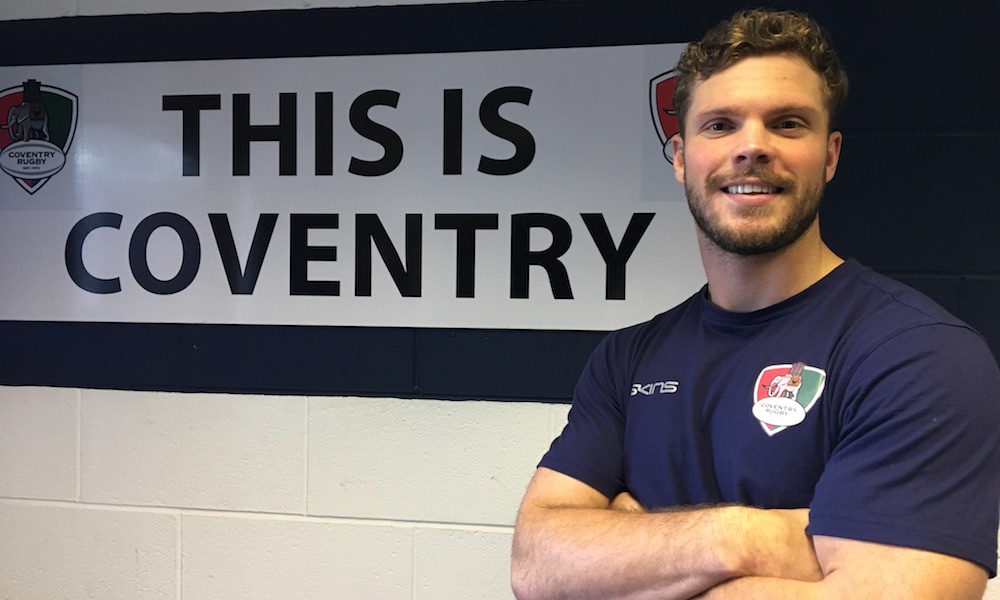 The Coventry Rugby team has been named for Saturday’s Championship Cup Round 4 home clash with Ampthill (KO 3:00pm).

Director of Rugby Rowland Winter and the first team coaches are using the game as an opportunity to let players who have been impressing on loan and in training shine in an important first team game as the club chases a Cup quarter final spot.

Tony Fenner captains the side on his first start of the season, with Luc Jeannot, Will Flinn and Dan Lewis all in line for their first senior action of the campaign.

There are two club debutants in the backs. Henry Purdy makes his anticipated first appearance, the former Gloucester man having been acclimatising to life at the club since arriving in the west Midlands after a summer at Otago playing in New Zealand’s Mitre 10 Cup.

Meanwhile on the right wing James Martin takes the step up after impressing for Cambridge. Martin finished a good try for Coventry Rugby against Birmingham Moseley in pre-season and has taken that form into National League One, scoring seven tries in 10 appearances for Cambridge.

Leicester hooker Jimmy Stevens has joined Coventry on dual registration and is on the bench, as is back rower Ben Adams, set for his first action of the season.

“We have decided to give opportunities to some of the players who have lacked game time for a while and give more minutes to those who have been patiently waiting on the bench,” Winter commented. “I am looking forward to seeing how they perform as this week has been one of our best weeks of preparation all season.

“Jimmy Stevens joins us from Tigers for the next block of games as both Darren Dawidiuk and Scott Tolmie are both injured. Jimmy knows quite a few of our players and has been a great addition to the team this week already.

“James Martin joined us late in pre-season on the recommendation of Anthony Allen, who had coached him in the Tigers Academy. James scored a great try from a Dan Lewis cross field kick against Moseley in the summer, and then kept scoring while on loan at Cambridge. He still has lots to work on but he is a great example of how making the most of the training sessions with the senior squad and loan game time can result in a first team opportunity.

“We are very lucky to have a big squad with lots of talented players so it’s important to recognise when rotating the squad can benefit us further down the line. The players who have been preparing the first team for the last block now have the opportunity to shine, and those who have been regularly playing get to return the favour and help prepare the boys to make sure we have a top performance against Ampthill.”

Tickets remain available for Coventry Rugby versus Ampthill, and supporters can save cash and beat any match day ticket office queues by booking online at coventryrugby.co.uk/tickets

Use etickets to print at home or save to your smartphone to head straight to the turnstiles, and make the most of Happy Hour between 12noon and 2pm at the bar to get your pints for just £3!

Saturday’s bucket shakers are raising funds for Mary Ann Evans Hospice, and the club is supporting Free Radio Cash for Kids’ Mission Christmas, which will distribute toys to children and young people living in poverty across the west Midlands. Thank you in advance for your generosity.