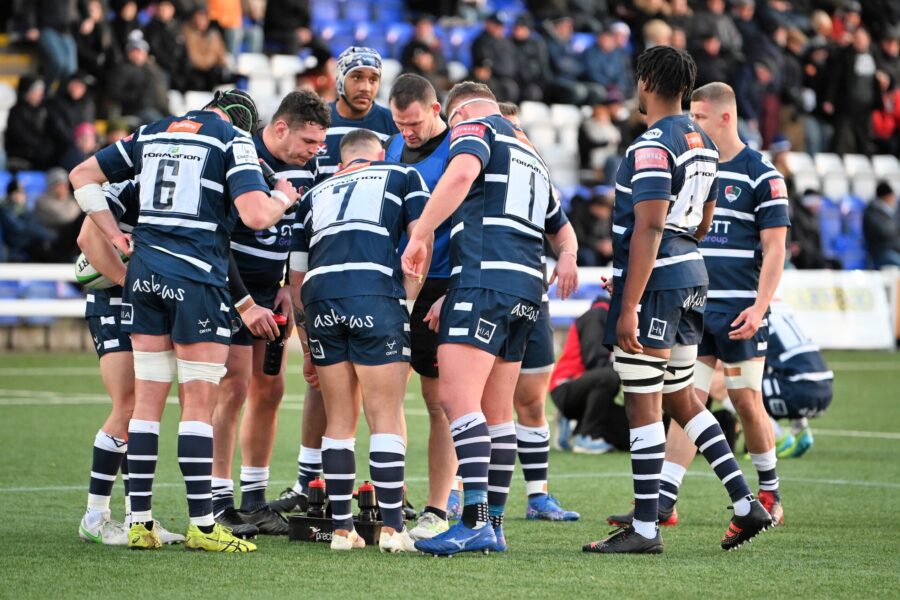 There are three personnel changes and one positional switch from Cov’s last game against Bedford Blues in which the Blue-and-White’s edged a narrow one-point victory. Louis Brown, Toby Trinder and Jordan Poole all picked up small knocks in that game and are unable to be considered for this fixture – other players are still out on longer-term injuries.

Fred Betteridge remains at number 8 after having to replace Senitiki Nayalo last minute due to continuing injury issues.

Set to make his debut this weekend from the bench, Gloucester hooker Seb Blake has been training with the team for the past month and joins the matchday squad this weekend on the bench.

DoR Rowland Winter is positive about another challenging game on the weekend, commenting “We’ve had a really good week of training and the team have worked hard to prepare for what will be a really tough test away at Jersey. They are a good team that are in form at the moment and we will need to show all the character that was on display last week and more to be able to come home with any reward.”