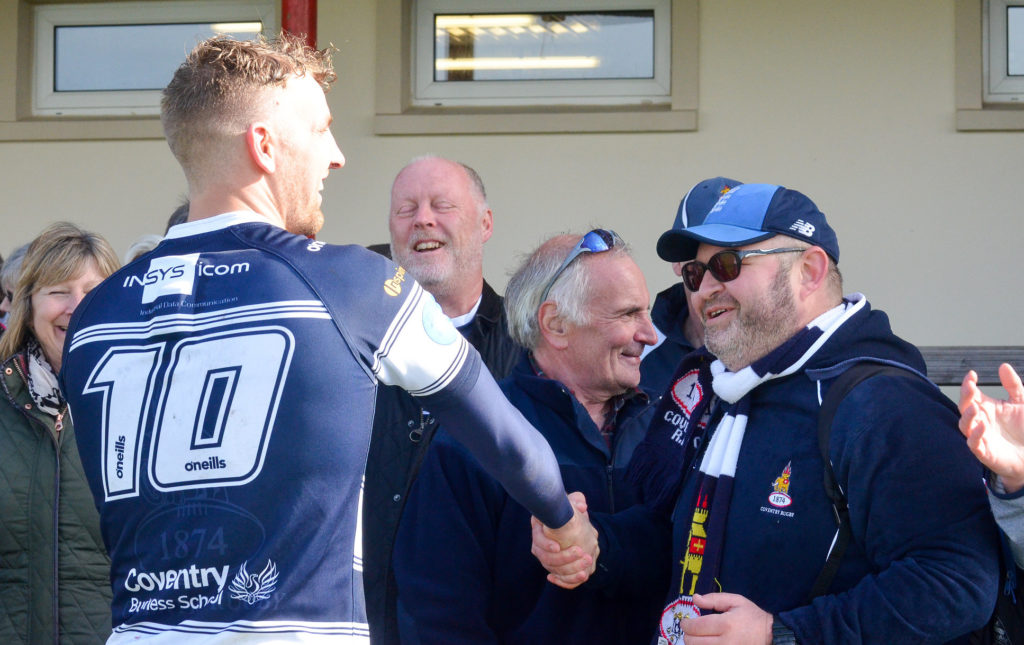 The Supporters Club has agreed to be the main shirt sponsor of the club’s Under-18 team, thereby helping some of the city’s best up-and-coming rugby players.

Coventry Rugby is committed to making its Under-18 team a central part of its development pathway so that ultimately the first team squad is dominated by local players representing their local professional club.

According to Club Secretary, Quentin Melhuish, the Supporters Club have recognised this ambition, which is why they have agreed to the new partnership for at least the 2019/20 season.

“Jon Sharp, Nick Johnston and Rowland Winter have all been clear that their ambition is to make Coventry Rugby the club at the heart of the city,” he said. “Having local players play for the first team is a big part of that, but obviously this is a long-term project in which the Under-18 team plays an important role.

“This is why we’ve decided to partner with the club in this way, and we’re looking forward to seeing the team develop over the next season. Hopefully we can encourage as many supporters to come and get behind the lads for their games as well!”

“The opportunity to help the city’s young players develop their rugby playing skills was too good to miss, with obviously the chance to see them become first XV squad members a big draw for our partnership.

“I, for one, will attempt to support the Under-18s every time they pull on a CRSC easily identifiable branded shirt. It marks a major milestone in the re-birth of Coventry Rugby Supporters Club.”

Managing Director Nick Johnston thanked the Supporters Club for their backing of the Under-18s.

“It is a big decision to commit funds to partner with a team, and we appreciate the commitment that the Supporters Club have shown in getting behind the Under-18s in this way,” he said.

“We’ve got some of the most dedicated and fervent supporters in the Championship, and it wouldn’t surprise me if we were challenging for the highest average attendance next season. They have helped make Butts Park Arena an intimidating place for opposition teams to come, and their support makes a big difference on match days.

“We’re delighted that they have also recognised what we are trying to achieve, especially in making the Under-18s a key part of our development pathway to having as many local players as possible in our first team squad in the future.

“On behalf of the club I’d like to thank them for their faith in us and I’m looking forward to seeing them at all of our first team, development and Under-18 matches next season!”

To join the Coventry Rugby Supporters Club head to crsc1874.com or email CRSC1874@gmail.com