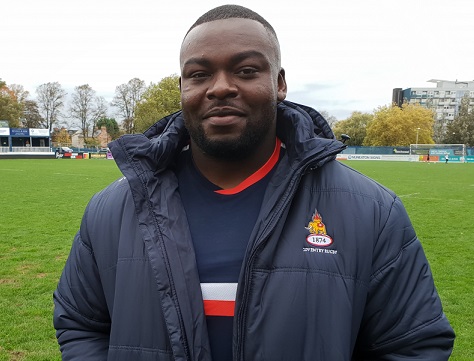 Coventry Rugby are delighted to announce the signing of prop forward Biyi Alo.

The 24-year-old tight-head, who has Premiership experience with Worcester Warriors and Saracens, is available for selection against Yorkshire Carnegie this Saturday.

Alo played 18 times for the Sixways club after initially making the move north prior to the 2016/17 season on a loan basis as injury cover.

He had previously been involved with Saracens from the age of 16, during which time he made his top-flight debut against Harlequins at Wembley in March 2015.

The powerhouse prop was also part of the Saracens squad which lifted the Premiership A League and the Anglo-Welsh Cup in the same season.

Alo initially combined playing for Saracens with turning out for Loughborough University while studying for a degree in Sports Science, Sport Development and Sport Management.

He has also enjoyed spells as a dual-registered player with Old Albanian and Bedford Blues and was part of England’s 2014 U20 World Cup winning squad which was coached by Nick Walshe.

“It’s great to have Biyi on board and we are really looking forward to getting him involved over the next few weeks.
“He is still young for a prop and has an exciting future ahead of him, but he’s already picked up valuable experience at the top level.
“He is a big bloke who is determined to work hard and I’m sure he’ll be a great addition to the team.”