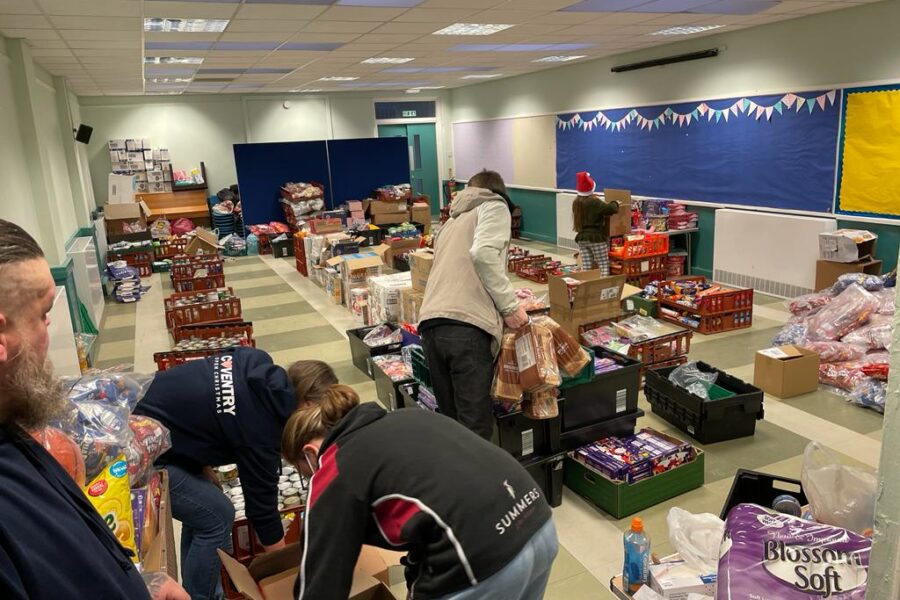 Coventry Open Christmas provides emergency food and shelter to the homeless and lonely during the Christmas period. The charity worked relentlessly up until the 29th of December serving breakfast, lunch and dinner to Coventry’s most vulnerable.

Natasha from Open Christmas said, “Thank you so much to everyone at Coventry Rugby for their very generous donation of food. It’s really fantastic and will benefit so many people over the Christmas period”.

Koffmann’s also provided fresh produce to Coventry Rugby’s Project;500 and HAF camp which took place during the school holidays in late December. Both camps help to keep local children from disadvantaged backgrounds fed and active during the school break. Each child was sent home with a food hamper, with enough food to feed their families over the Christmas break along with entertainment such as panto tickets. The camps are delivered by the Coventry Rugby Foundation and supported by Charter Savings Bank.

CEO Nick Johnston commented “We’re happy to have supported the local community over the Christmas period with the support of Koffmann’s. The club’s donation has meant that hundreds of disadvantaged children and the homeless among Coventry have benefited from quality produce.”