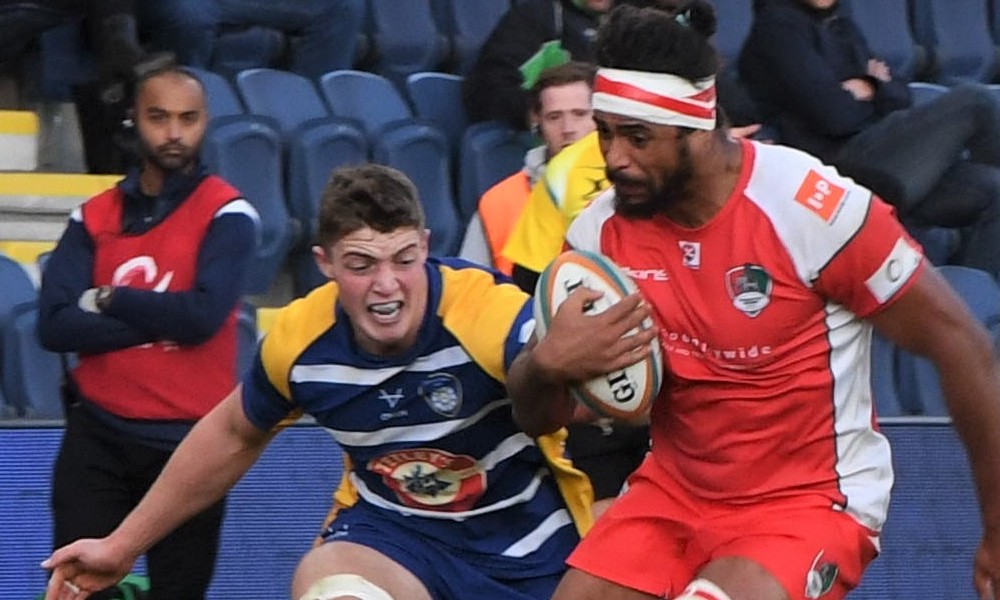 Director of Rugby Rowland Winter says that Coventry Rugby have been going in the right direction over the first nine weeks of the Greene King IPA Championship and Championship Cup campaigns.

At the November break Coventry sit fifth in the Championship table, just three points behind Ealing Trailfinders in second, and – perhaps more importantly – with away trips to Newcastle (first), Ealing and Jersey Reds (fourth) already under the belt.

Meanwhile in the Cup Coventry have two wins and a losing bonus point from their three games, and going into the second batch of matches are well placed to reach the quarter finals for a second successive year.

A four-match unbeaten run in the league may have been bookended by away losses to Jersey and Newcastle, but Winter says that the foundations, ability and potential are all there for Coventry to kick on when rugby resumes on November 30th.

“In the first nine weeks we knew we had a tough run of fixtures, away to Jersey, Ealing and Newcastle,” he says. “We wanted to get some points on the board and be up there at the top end of the table. We’ve done that and are fifth at the moment.

“We also wanted to be in a decent position going into the second part of the Cup, looking good for a quarter final spot and pushing for a home tie, and we’ve achieved that as well.

“There is lots of evidence that we’re moving ahead as a club, both on and off the pitch.

“I think we’ve got another gear to go into and we’ve put ourselves into the position to be able to be successful. Now we’re going to be looking for more consistency week by week, and that’s the biggest learning point from that first six games in the league, looking at the small details.”

One of the key building blocks has been the durability of the Coventry Rugby squad. Significant injuries have been relatively few and far between, a reflection of the hard work and effort put in by the players as well as the club’s medical and conditioning teams.

“Twenty out of the 23 match-day squad has stayed pretty consistent week by week,” Winter adds. “We’ve rotated around who’s started, but we’ve been able to put a similar group out each game, which helps consistency.

“Losing the Bulumakau brothers, and Jack Ram and Luke Wallace this week, is unfortunate, but that is why you have a good squad and the ability to bring in someone like Ben Nutley, who is an excellent player in his own right.

“The Cup gives opportunities for players to come back into the team, like Andy Bulumakau and George Oram to show us what we’ve been missing, with Henry Purdy able to get going. There are also others like Nile Dacres, James Stokes and Rory Jennings, who have played every minute of every game, who can have a bit of a rest and give players like Tony Fenner, and Ben Nutley to get some more time on the pitch.

“Nile has proven that he is a top end Championship operator and we’ve been delighted with him. The last games he played were in National League One as he’d missed the whole of last season, and there was always a bit of nervousness as to whether he would step up. But he’s shown over the last six weeks that he belongs at this level. We think that he has another gear as well.”

The next match against Ampthill at Butts Park will be the first of a four-game run which includes Cup trips to Bedford and Ealing and the pre-Christmas clash with Nottingham. Winter is now looking for the squad to come back refreshed, rejuvenated and ready to take on what will be four major games in helping the club take that another step forwards.

“So we’re going to have a few days off and then concentrate on our next game against Ampthill. They’re going to be much improved and will be more Championship-hardened, so that will be a big test for us.”

With a Cup quarter final place on the line every voice will count at Butts Park Arena when Ampthill come to the city on Saturday, November 30th. Head to coventryrugby.co.uk/tickets to book your place now, using etickets to print at home or saving to your smartphone to save cash and beat any match day ticket office queues.

Butts Park will also be the place to be in 2020, and half-season tickets are now on sale. The eight-match package includes the big home games against Newcastle, Ealing and Jersey, and with savings of around 15 percent compared to advance ticket prices there is no better value way of being part of Coventry’s brightest sporting story. Book now at coventryrugby.co.uk/halfseason