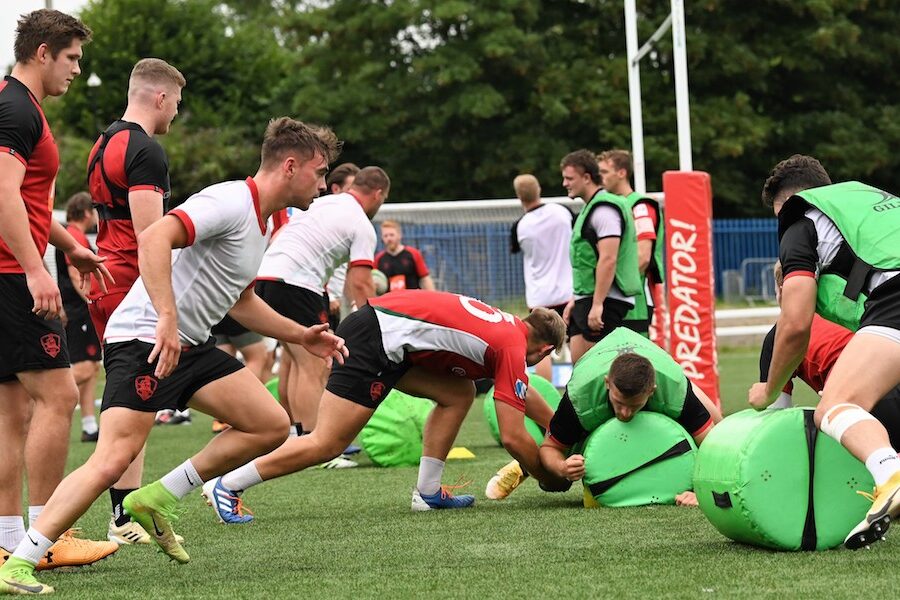 Coventry Rugby has today confirmed the players who will be in the Senior Academy group for the coming season.

Seven players return from 2020/21 with three new faces coming into the squad.

Second row and Wales U18 and U20 International Rhys Thomas, joins from Ospreys having also spent time with Welsh Premiership side Aberavon. Kit Smith, a combative back row, joins from Leicester Tigers, where he spent 2020/21 in the Senior Academy after working through the junior Tigers pathway before working with the senior squad. Ben Meakin is another talented local player who is comfortable in the second row or back row and has played senior rugby already with Stourbridge RFC.

“We have an exciting group of talented players in the senior academy, who are training and working hard to develop their game each day alongside the senior squad,” said Director of Rugby Rowland Winter. “I expect the majority of them to play a part this season within our league games, and they will all gain experience that will help them to become the core of our team over the next few years.”

Other new faces joining the squad are a handful of dual registered players who will train fully with the senior side for this season’s campaign.

“We are grateful to continue our relationship with a number of Premiership clubs,” Winter added. “It is great that these clubs recognise and trust that our rugby programme can add to the development of these players. They are all talented individuals who will add value to our squad and I am delighted that they have all really committed to becoming part of the team.”

The 2021/22 Coventry squad gets its first run-out of the season against Nottingham on Sat, Aug 28th, with further pre-season friendlies against Wasps (Sat, Sept 4th) and Gloucester (Sat, Sept 11th) before the Championship campaign kicks off against Doncaster Knights on Sat, Sept 18th.

All four matches are included in the 2021/22 Season Membership packages, which have plenty of benefits and pro-rata savings compared to standard match ticket prices!

Head to www.coventryrugby.co.uk/seasonmemberships for all the info!