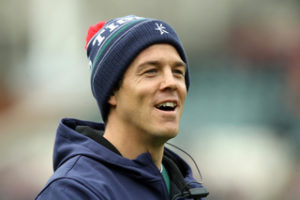 Coventry Rugby has today announced that Anthony Allen has put pen to paper to be the club’s new defence coach.

A highly regarded centre during a playing career which included over 200 Premiership appearances for Gloucester and Leicester as well as international recognition with England, Allen has been establishing his coaching credentials since his retirement from playing in 2015.

As Academy Head Coach, Allen has guided Leicester to back-to-back Premiership Rugby Academies League titles and was part of the England Under-20 coaching team in 2017/18, a year when the team reached the final of the World Rugby Under-20 Championship.

He has also experienced coaching at the highest level of the club game as part of Geordan Murphy’s coaching team during the past season, but is now looking forward to challenging himself in the Championship with Coventry.

“I am really looking forward to joining Coventry and the challenge of coaching in the Championship,” said Allen. “It is an exciting time to be joining the club and it is a great opportunity to play a part in the club’s ambitious plans.”

Director of Rugby Rowland Winter is delighted that Allen has agreed to join the Coventry backroom team.

“Anthony was a highly respected player and has been proving himself as a coach at Welford Road over the past few years,” he said. “He will focus on defence, but will work alongside Nick Walshe and Louis Deacon to strengthen all areas. We’re delighted to have someone with his experience and knowledge joining us.”