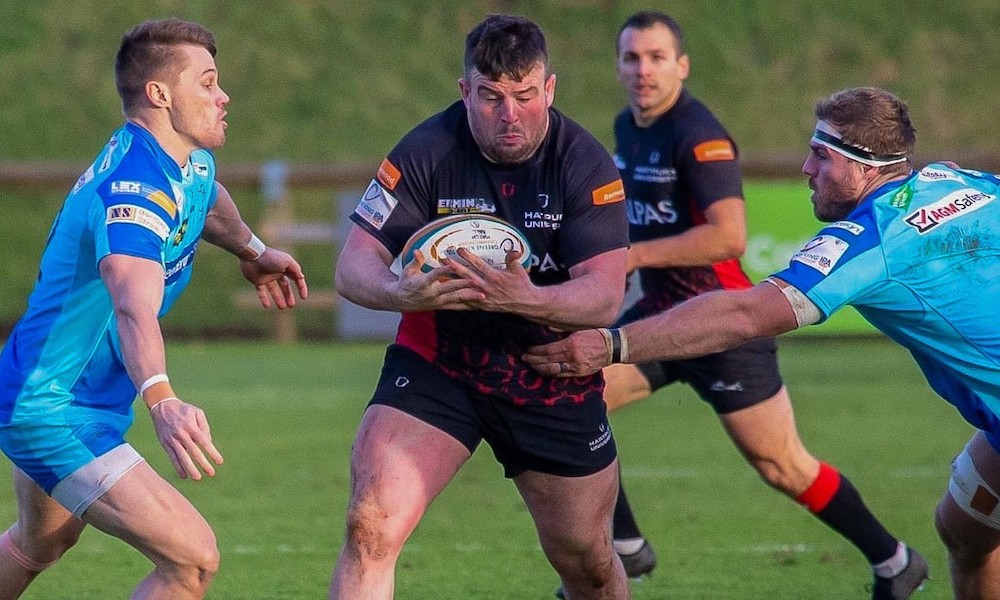 Coventry Rugby has announced the signing of prop Alex Gibson into the club’s squad ahead of the 2020/21 season.

The 24-year-old tighthead prop arrives from Hartpury, where he has played all of his rugby so far in his career. Gibson – more commonly known as ‘Bert’ – joined the Hartpury pathway aged 16, then represented the University’s BUCS Super Rugby team throughout his degree studies before being awarded a first team contract in 2019.

The past season saw him take the step up to first team rugby, with Gibson starting in most of Hartpury’s Championship matches.

With a strong set piece and excellent skill set, Gibson will be a good fit at Butts Park Arena, according to Director of Rugby Rowland Winter.

“Alex will complement the other props in the squad really well,” he says. “We have a group who will be strong at the set piece and who will also work hard to contribute to our all-round game as well.

“Alex is a mobile player with a great skill set and as a young player has a lot of potential to improve further. We believe that Butts Park is the right place for him to do that and are looking forward to working with him next season.”

Another new prop making the journey to Butts Park – albeit a shorter trip down the M69 – is Keston Lines, who is coming home to Coventry after spending his formative years in the Leicester Tigers Academy.

“Keston is a young prop with lots of potential,” Winter added. “We will work with him to support his rehab from an achilles injury and we look forward to him pulling on a Cov shirt at some point in the future. He is a Cov kid and has had valuable experience as part of Leicester’s senior academy programme.”