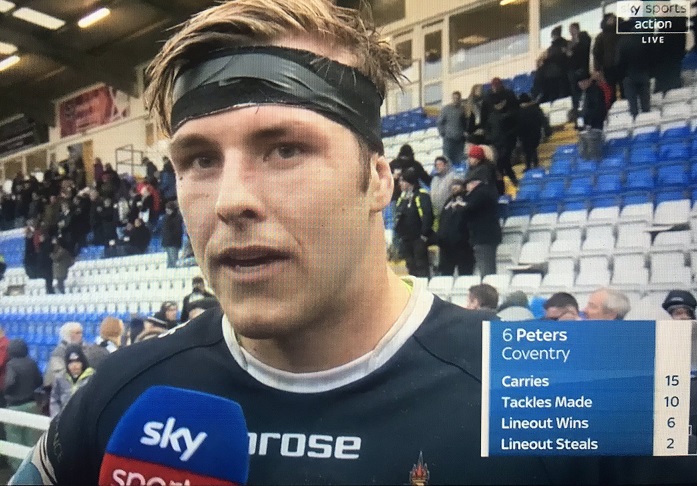 Coventry registered a valuable 20-15 win over Yorkshire Carnegie in front of the Sky Sports cameras on Saturday, with flanker Peters named man of the match.

Though he played on the blindside during the Championship clash, we have shifted him to the openside in order to get him into our side, and with O’Mahony able to pick up some of the breakdown slack.

Peters made 15 carries, 10 tackles and – like O’Mahony for Munster – stole two lineouts in a well-rounded display.

The whole piece is available on the Sky Sports website where you can also vote for Adam as your top performer of the weekend in their online poll.