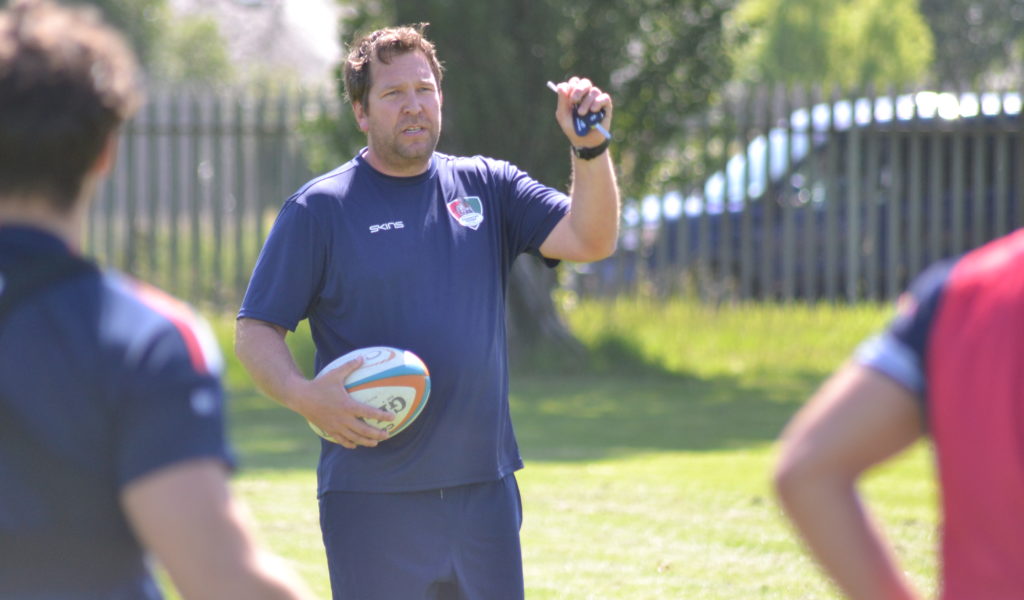 Coventry Rugby has today announced the appointment of Ross Stewart as the club’s new Academy Manager.

The appointment of Stewart, who brings a wealth of experience in elite player development and talent identification, is a major statement of intent by Coventry Rugby as the club continues working towards the ambition of developing more home-grown talent.

Stewart joins from Northampton Saints, where as Player Pathway Manager he was instrumental in bringing through some of the club’s highly-rated young players, from World Rugby Under-20 Championship winners to current Premiership stars.

A long-standing member of the Saints’ set-up, during his 15-plus seasons at Franklin’s Gardens he was also instrumental in establishing relationships with the region’s Constituent Bodies, schools and clubs in order to developing a holistic approach towards the nurturing of young players into potential successful professionals.

Director of Rugby Rowland Winter says that Stewart will help Coventry Rugby achieve its clearly stated intent of having its own Academy to rival and compete with those within the Premiership and RFU-accredited system.

“Having a strong Academy is really important as we develop as a club and work towards our ambitions,” he said. “Appointing Ross as our new Academy Manager is a massive step forwards as part of this process.

“He has a proven track record of identifying and developing fantastic young players who have gone on to become established professionals at Premiership and international age group level, and – just as important – he also knows the value of strong relationships with the right people at clubs, schools and Constituent Bodies.

“Ross has also been a familiar face over the past year coaching and mentoring the development of our younger players and working with the first team, so he knows the club well and has helped shape what we are trying to achieve.

“I’m delighted that he has agreed to join us full-time and am looking forward to working with Ross to re-establish Coventry Rugby as a platform for elite rugby development.”

Stewart says that while he has enjoyed working at Northampton Saints he is excited about the opportunity to take on a new challenge.

“I’m leaving Saints with a lot of good memories and pride from seeing the players I’ve worked with as youngsters become established professionals at a number of clubs,” he says.

“Coventry is a massive club with a proud history, that now has the impressive foundations for long-term and sustainable success. I’m looking forward to playing a leading role in the club’s future and am excited about the opportunity.

“Coventry and Warwickshire is a strong area for rugby, both with schools and a good club network. Our aim will be to develop the pathway for talented players into professional rugby at Butts Park Arena through a clear youth system, and to make sure that every player who we work with achieves the best they can.”