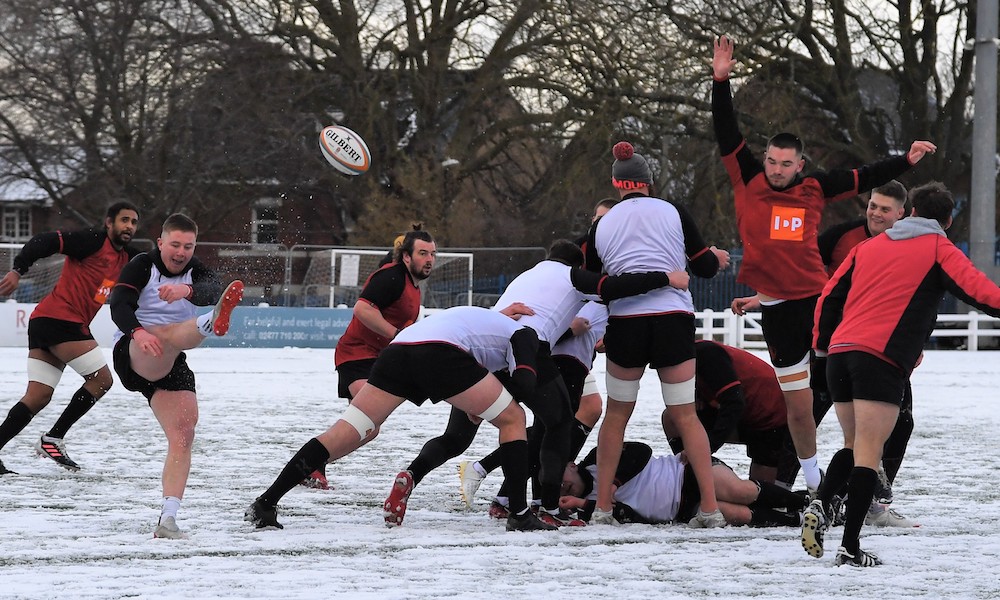 Coventry Rugby has today announced seven players who are training with the club ahead of the 2021 Greene King IPA Championship campaign, which is scheduled to start on the weekend of March 6th.

The seven players come from five clubs and will be across six positions, and are:

JAMES HARPER (prop, Sale Sharks) A former England Under-18 international, James has been a full-time professional at Sale since the summer of 2019, playing for the club in the Premiership Rugby Shield

CAMERON JORDAN (second row, Gloucester) Cameron captained the Leicester Tigers Under-18s throughout their unbeaten season in 2017/18, including in the Academies League Final win over Gloucester, whom he joined last summer. Cameron won England Under-18 caps and has played for both the Leicester and Gloucester first teams

SAM LEWIS (back row, Leicester Tigers) Sam is a graduate of the Leicester Tigers Academy who has made 21 senior appearances. His senior debut came in November 2017 and he won England Under-20 honours in 2018

MARIO PICHARDIE (back row, Wasps) Mario joined the Wasps Senior Academy in 2019 from Henley College, and spent the end of 2020 at Alcobendas in his native Spain

JOE SNOW (scrum-half, Exeter Chiefs) Joe, an exciting 21-year-old, has built up his first team experience in the successful Exeter squad, including coming off the bench in the 2018 Anglo-Welsh Cup final win and during the 2019/20 Premiership campaign

CALLUM SIRKER (back three, Wasps) Callum’s time in the Wasps Senior Academy sandwiched two seasons in the England Sevens set-up. In his first season back, 2018/19, he scored 11 tries in 10 Premiership Rugby Shield appearances, and on his home senior debut scored against Saracens in 2019

KIERAN WILKINSON (fly half, Sale Sharks) Kieran may only be 21 but he’s been ear-marked as a player to watch at Premiership level, with 11 appearances for the Sharks under his belt across all competitions, including the European Champions Cup. Kieran also has England Under-20 honours to his name

Director of Rugby Rowland Winter says that all of the players will be adding depth to the squad where it is needed.

“We’re delighted to welcome all of the players to Cov for this year’s Greene King IPA Championship campaign,” he said, “and I’d like to thank the Directors of Rugby who have released their players to play for us.

“They’re all exciting prospects who will bring plenty of talent and quality to the group, and we’re looking forward to seeing them in action over the next few weeks and months.”