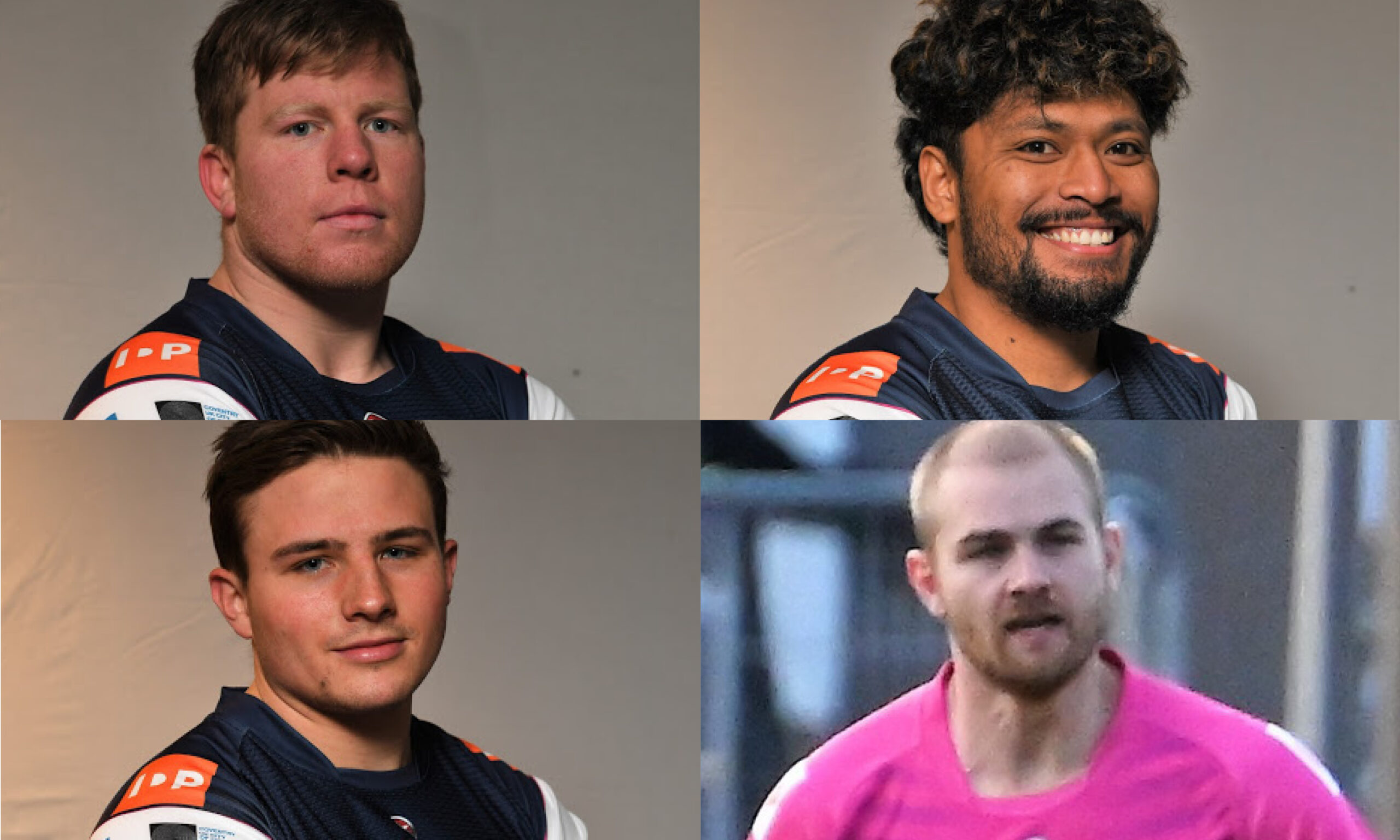 Coventry Rugby has added four new faces to the club’s squad ahead of the 2021 Greene King IPA Championship campaign.

Hooker Nic Dolly has impressed in the warm-up matches played over the last two weekends, scoring two tries against Jersey Reds and another against Saracens.

The 21-year-old brings experience from the Premiership, European Rugby Challenge Cup, Greene King IPA Championship and England Under-20 levels to Butts Park, all from the last couple of seasons.

Born in Australia and having come through the New South Wales age groups, Dolly’s short trip to see his English grandparents has not finished, having caught the eye of Sale Sharks in 2017.

Another hooker to be wearing blue and white this season is Suva Ma’asi. The 23-year-old comes from a family with plenty of rugby heritage, his father Vili having won 36 caps for Tonga and brother Samson on the books at Northampton.

Cov’s Ma’asi has previously spent time at both Exeter and Cornish Pirates before moving to the west Midlands, and was a member of the Academies at Franklin’s Gardens and Yorkshire Carnegie.

Scrum-half Josh Barton had his first action for Cov in his start at Saracens last Saturday. The 23-year-old is a product of the Millfield School and Bristol Bears Academy and joins Coventry after four years at London Scottish.

He was named the scrum-half in the Greene King IPA Championship team of the season at the end of the 2019/20 season.

Coventry have also moved to bring full back Tom Hudson from Gloucester as a dual registered player.

The 26-year-old has racked up 39 appearances in the Cherry and Whites’ first team in the Premiership, Europe and Premiership Rugby Cup, having arrived at Kingsholm from Leicester in 2016.

“We’re delighted to have all four players with us for the 2021 campaign,” says Director of Rugby Rowland Winter.

“Nic fits the bill in terms of the type of player we have been looking to bring to Butts Park this summer. He’s young but has got experience at the top end of the game, and we’ve already seen the quality he’s got from his performances against Jersey and Saracens.

“I have known Suva for a long time so know that he has great character and attitude to work. He is a skilful player and has developed his game having converted to hooker a few years ago.

“Josh has been with us since the start on pre-season, he is an exciting talent and caught our eye last season for London Scottish.

“Finally, Tom complements our options in the outside backs really well. He is excited to get playing, and has settled in well since joining up with us last week.”

Coventry host Saracens at Butts Park Arena this Friday night in the final warm-up game before the Greene King IPA Championship campaign. Kick off is at 6:00pm and you can watch exclusively live at www.247.tv/covrugby