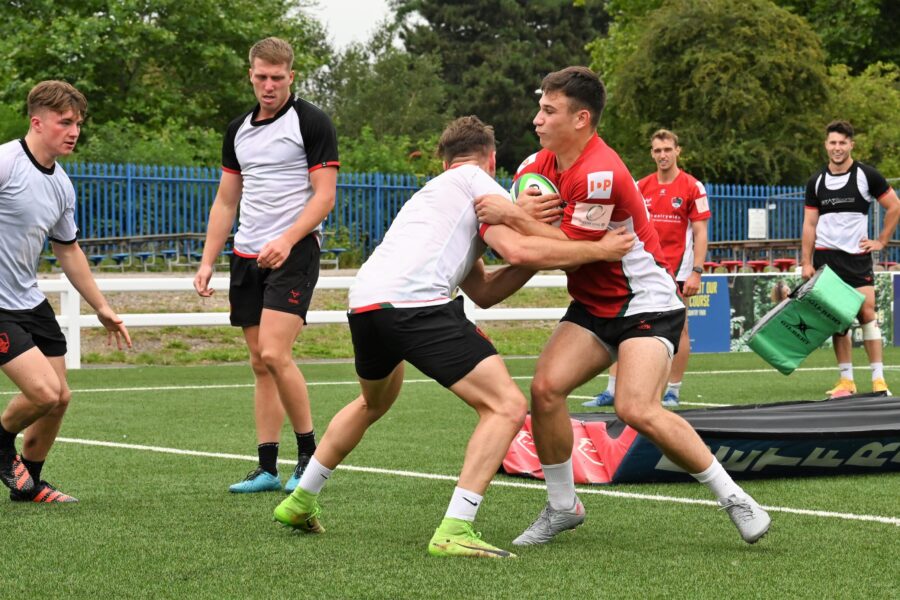 Five Coventry Senior Academy players have been invited to train with the England Under-20 squad as part of the national set-up’s regional training camps.

Jake Bridges (prop), Tom Ball (back row), Evan Mitchell (fly half), Ollie Betteridge (centre) and Louis James (centre/wing) have all been regularly involved with the senior Coventry squad throughout the summer and all made appearances within the pre-season games.

Director of Rugby Rowland Winter says that the invitation is a strong recognition of the quality of player within the club’s Academy pathway.

“We are delighted that all five players have been given the opportunity and invited into the training camp,” he said. “The Academy programme has developed and progressed significantly over the last few years, and we are delighted that Jake, Tom, Evan, Ollie and Louis have had recognition in this way.

“It is a good recognition that we have been recruiting quality players into our pathway and bodes well for the future, too. The players will have learned a great deal from training with the England Under-20 coaches and some of the best players in their age groups in the country, and we’re looking forward to seeing this in practice back here at Butts Park Arena.”