WHAT a superb day for Coventry Rugby – an eighth straight win which, stretching back into last season, makes it 16 in a row to equal the club record; maximum league points; a second successive nil scoreline for the opposition; and with other results going the way they did, a six-point lead at the top of the National League One table.

Storm Brian did his best to make things awkward, but Cov were ready and a tight, controlled and disciplined start against the gale saw them 15-0 up in just 13 minutes and well on their way.

Loughborough had their moments and, as expected, kept running and working hard until the final whistle, but as it had been at Fylde a week earlier, Cov’s defence was watertight and the Students found no joy at all.

Cov pressed forward from the kick-off, drawing two early penalties, and after being held up over the line, Brett Daynes – match sponsors Unipart’s man-of-the-match – forced his way over for the first try after six minutes.

Will Maisey’s attempted conversion made little progress into the elements, the fly-half later saying that he had never kicked into anything quite as strong before.

Cov’s second try followed quickly, Nathanael Titchard-jones powering through midfield to spark a move down the right which was finished off from close range by Latu Makaafi, and with Students struggling to get any foothold in the game, Maisey weighed in with number three after the visitors turned the ball over in their 22.

It proved to be the final score of the half, Cov continuing to dominate as they pushed for the bonus point but repeatedly coming up just short before showing resilient defence when Students finally exerted some pressure in the closing minutes.

The fourth try wasn’t long coming after the restart, Anthony Matoto unable to hold the final pass after a scything run into the 22 by James Stokes before Cov forced a scrum penalty and Makaafi finished off a superbly-executed training ground move from the resulting line-out for his second try.

With the wind in his favour, Maisey made no mistake from the tee and Cov were in clear water at 22-0.

Both sides started to make changes, and on 51 minutes back row replacement Olly Povoas raced over by the posts from his first touch of the ball for Cov’s fifth try, Maisey converting.

Students were still looking dangerous on the counter attack, but Cov continued to snuff out any threat and with their scrum now firmly in control, nine minutes from the end of normal time Scott Tolmie, now in the back row, charged over for the final try, Maisey again converting.

Overall, a strong team performance in testing, blustery conditions with the forwards putting in a strong shift and encouraging contributions from centre Fraser Dingwall on his debut and Development Academy duo Luc Jeannot and James Neal, along with a 20-minute run out for Max Trimble on his seasonal bow after injury. 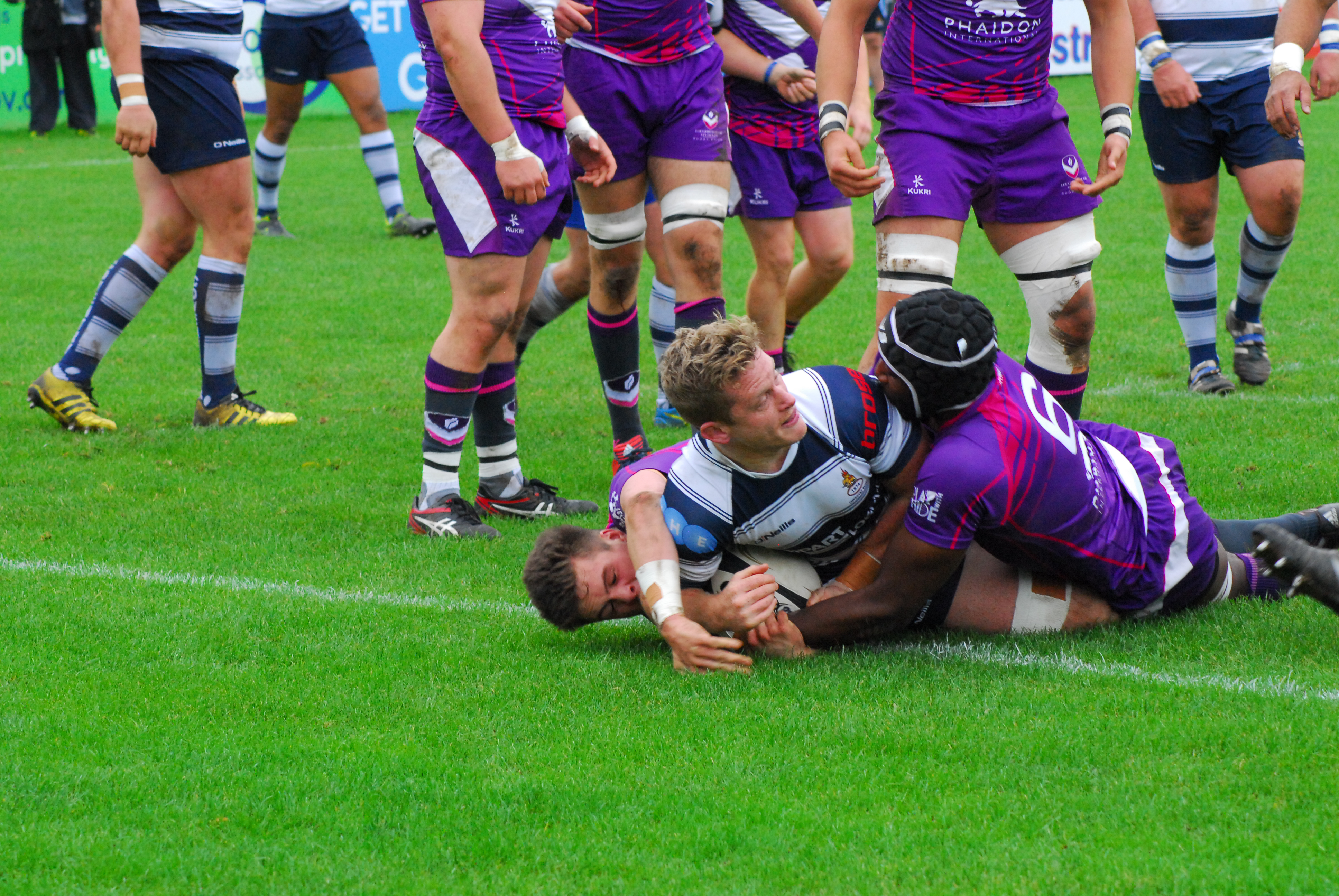 Brett Daynes sets Cov on their way with the opening try