COVENTRY Rugby is fielding two teams at this Saturday’s Olney 7s, a qualifying round for the RFU 24/Sevens national competition.

Cov reached the final of the men’s open competition last year when Tom Jubb was named Brakspear player of the tournament.

The Buckinghamshire club will be showing the New Zealand-Lions Test match in their East Street clubhouse prior to a full day of Seven with men’s open, social and women’s competitions. Entry is free, and as well as food and an all-day bar, there are activities for children and all the family. 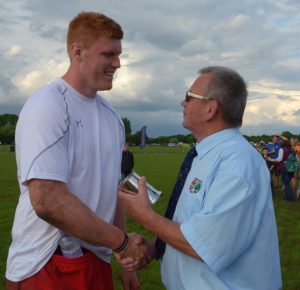