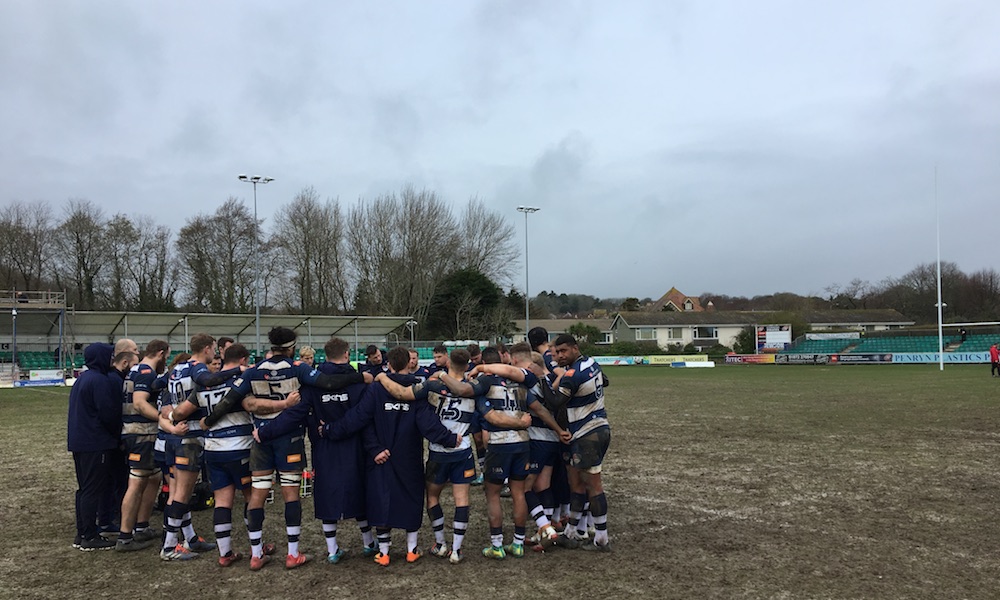 Two tries in five second-half minutes proved crucial in sending Cornish Pirates on their way to the Championship Cup semi-finals.

The pair of scores, finished by Antonio Kiri Kiri and AJ Cant respectively either side of the hour mark, were quality pieces of work in their own right, but more importantly as far as the hosts were concerned was the way that they killed off any thought of a second half comeback.

Five minutes earlier Cov had scored a lovely try of their own, Will Owen the man to finish off a play sparked by Rob Knox’s collection of his own kick and continued by Dan Lewis’s support running. With Will Maisey adding the conversion to four earlier penalties Cov had pulled a 23-9 scoreline into just a four-point deficit.

But with the efforts from Kiri Kiri and Cant the Pirates were on their way to the last four, and even though Coventry scored a pair of late tries from powerful mauls through Senitiki Nayalo and Scott Tolmie it was too little, too late as far as the visitors were concerned.

The final score flattered the Pirates, but this was a game in which they were never behind as their combination of aggressive defence – the collective step forward at the breakdowns before the ball was out putting the Coventry backline under pressure – and strong and direct running paid dividends.

The first half had been very even, with fly halves Will Cargill and Maisey each landing three penalties. The difference on the scoreboard at half-time had been Will Wilson’s try, the flanker taking an offload at pace from Cargill to race in from 20 metres.

This made it 16-9, which Dan Frost made 23-9 three minutes after the restart when he finished off an attack which showcased the Pirates’ attacking gameplan to its fullest. Cant came off his wing to power into the midfield, number eight Tom Duncan picked up quickly to go through the middle of a ruck and Frost crashed over the uprights.

Considering the wind there was a nice balance between running and kicking from both teams. Coventry’s first phase backline moves combined the trademark dummy running, loops and offloads, and did pose threats to the home team. But the Pirates’ rearguard was strong enough to stop the more direct carries for the most part.

Up until the hour this was an absorbing contest which could easily have gone either way. However the game was broken wide open when Kiri Kiri, who had been a nuisance at the breakdown at Butts Park in the Greene King IPA Championship clash, showed what he could do in open play by keeping the ball alive with some good strength and awareness of those around him.

This allowed the Pirates to get into the open spaces quickly, Shae Tucker sending Rory Parata away with a short offload. Cov scrambled, but even while prop Marlen Walker slowed things down with a carry the Pirates still stayed on the front foot and Kiri Kiri was sent over in the right corner.

Having scored one Frost then turned provider for the hosts’ fourth, reaching around Andy Bulumakau with a telescopic offload to Cant which put the winger into the clear.

The 14 points could have knocked the stuffing out of many teams, but Coventry responded with some positive running from Bulumakau, Nayalo and Luc Jeannot, and the two late driving mauls were finished well.

But these sandwiched a Cargill penalty that kept the Pirates just that little too far in front, and when Wedlake intercepted a last-gasp Coventry attack from deep it put the gloss on the final result.