FORWARDS coach Louis Deacon says that consistency in performance and the right mental attitude will be key to a successful season for Coventry, who open their National League One campaign with a trip to Hull Ionians on Saturday.

Cov completed their build-up with a 25-17 home loss to Rotherham Titans last weekend in a game which provided a number of positives but also left a few questions as the visitors came back from a half-time deficit to largely control the second half.

“It was a good test for us and we were very competitive, certainly in the first half,” said Deacon. “I thought Rotherham managed the second half slightly better than we did.

“There are things to work on, but we’re quite positive and we have competed well against the two Championship teams we have played.

“The challenge for us is to get the right mental attitude and try to keep a level of consistency – we have to make the first half against Rotherham the starting point for this week.”

Cov finished last term with a run of eight wins, including three on the road, but their away results up to then had been patchy and a cause for concern.

““Our away form and getting that consistency was a huge thing we were looking at towards the end of last season,” said Deacon.

“The challenge for the lads is to not drop off in performance in any game, and certainly not when you go away from home. You can’t fall below a certain standard and expect to win.

“At some point everyone has a day which isn’t their best, you can’t always play at the same level, but normally at this level I’ve noticed that the drop off is big. You’ve got to try to shorten the gap, and the more we do that, the more chance we’ve got of winning.

“That’s the mindset, isn’t it? Hull isn’t an easy place to go to and for a lot of the lads who have played at a higher level, having the right mental attitude has to be the focus.

“It’s a tough league and there are good teams in there – Moseley, Plymouth, Ampthill, Blackheath – who can all beat each other on their day. Hartpury going unbeaten all the way through last season was a real freak.

“I think it will come down to those big games.”

Deacon, who won 29 England caps in the second row and played 274 games for Leicester Tigers before forced to retire through injury in 2015, came to Cov in March this year from Moseley and was part of the England Under-20s coaching team in their Grand slam campaign and run to the IRB World Championship final in Georgia.

“Coming in before the end of last season certainly helped me,” he said. “I didn’t do any coaching, I just observed and got to know the players.

“Doing that before I started was hugely beneficial. They’re a good bunch of lads and I’m really enjoying it.

“Pre-season has been very positive. Some of the guys have played at a higher level and their experience is helping drive the other lads forward.

“Other than the losses against Jersey and Rotherham I can’t really fault a lot in what they’ve done and I’m generally happy the way the lads have responded.

“We know the standard needed now for the Championship from playing those two teams, and I think them being full-time and us part-time makes a huge difference.

“I was disappointed with our line-out on Saturday, but we had to make a few late changes. Nile Dacres has done really well in running the line-out while Tom Poole’s a real worker, I’m impressed with him, and we lost both of them.

“George Oram hasn’t played much because of an injury which is why he just had 40 minutes, and Cameron Gray is 19-years-old. He was running the line-out in the second half with Brett Daynes who was a back row playing out of position in the second row, so it probably had to do with personnel.

“Leaving Leicester and coming down a couple of leagues to learn how to coach properly has presented its own challenge. Not being full-time and spending all that time with the players day-in and day-out means there is so much to try to fit into such a short space of time.

“You have to learn on the hoof a little bit, but that’s part of the learning curve I suppose.

“Coaching with England Under-20s has been a great experience and hopefully I’ll get the opportunity to do that again this season. They work on a one-year rotation so they get three new coaches in each year, but I’m not sure if they now want to go with a bit more consistency and keep a few of the coaches for a second year. I hope so.” 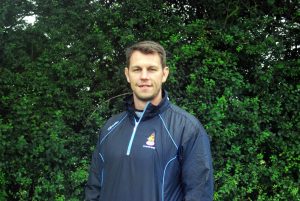