The Comedy Club returns to Coventry Rugby on Thursday, 29th June.   Due to popular demand we have brought the shows back and started of with a brilliant opener, with 3 top comedians for the show. 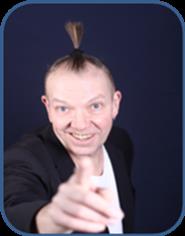 “A master of putdown, Windsor…delivers hot material with a rare
skill”, The Stage
One of the UK’s top comperes, Windsor is a first-class host with a natural
charm and warmth, along with an enviable ability to create a relaxed,
friendly atmosphere in any room. He has a wealth of hilarious gags and
stories and brings warmth to any room or open space.
From performing in the smallest rooms to compering the Glastonbury Big
Top, Windsor wins over his crowd in minutes, has exceptional crowdcontrol
and has that rare ability to make everyone feel at home. As a
stand-up, top quality material – mixing one-liners with storytelling – makes
him an act not to be missed.

As Seen on The John Bishop Show 2015
With a Brown Eyed Boy series on MTV under his belt, Marlon Davis is a
bright young comedian, improviser and actor who embraces his work with
energy and charm, embodying his characters and delivering his material
with skillful observations. 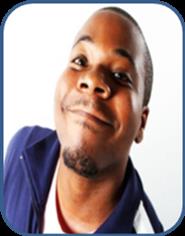 Crowned winner of the broadcast FHM Search For A Stand-up
Competition, and finalist in 3 other national comedy awards, Marlon works
all over the UK doing sets, compering and headlining, including being a
huge hit at the 1800 capacity Leicester Comedy Festival’s Preview Show,
London’s Comedy Store, Comedy Cafe, Lee Hurst’s fymfyg, BBC Presents
Comedy.
Marlon’s act is inspired from his upbringing, exploring urban Britain
tackling its social issues with skillful characterisations. 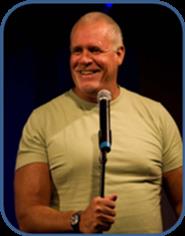 “He mesmerized the audience –  they only took their eyes off him to
laugh” The Melbourne Age
Colin is literally one of the biggest names in comedy in Australia – not only
is he 6′ 7″, he is also known for his hugely dynamic performance. His
delivery is fast and furious, and his material ranges from the topical to the
observational. Colin Cole’s comedy TV credits read like a “‘guide to
Australian Television” they include hit shows such as ‘Hey Hey’, ‘The Max
Gillies Show’ and ‘Bingles’. He has toured extensively in the US, Canada
and Hawaii, and now he’s also taking the UK by storm. He’s been
described by The New York Times as “One of the most exciting
performers to come out of Australia since Skippy!”