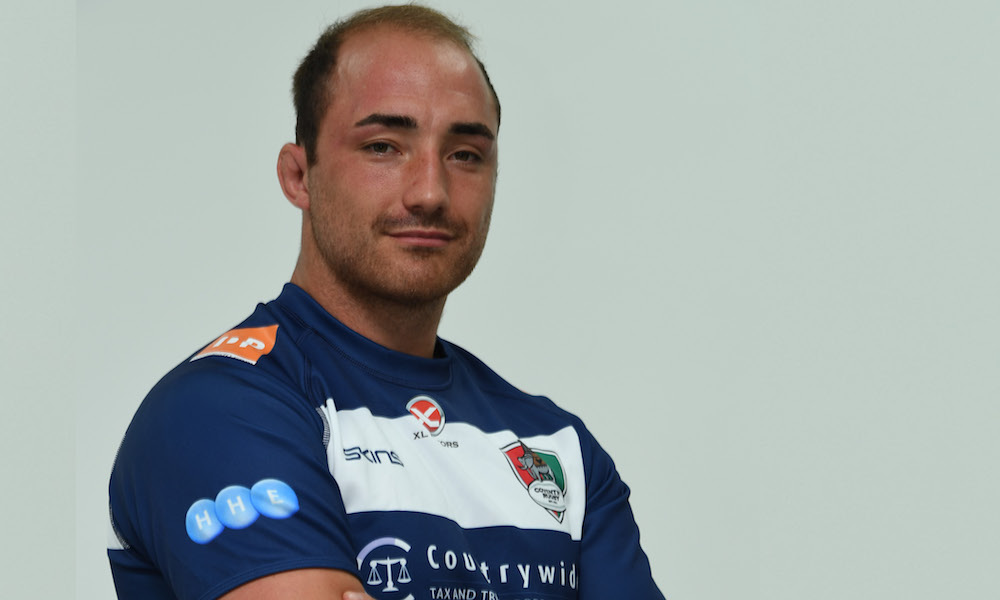 Having joined Coventry midway through the 2018/19 campaign Alex Woolford is now in his first full season at Butts Park Arena. Having come through the Northampton Saints Academy and also played for London Welsh in the Premiership, the 27-year-old second row says that having the opportunity to retain a career in professional rugby in the Greene King IPA Championship.

It’s no secret that the Championship has given the opportunity to a number of players over a number of years who have gone on to become established in the Premiership and at international level.

When I was at Northampton Saints and being sent out on dual registration at Moseley I was playing alongside Buster Lawrence (Wasps), Ollie Robinson (Bristol), Cory Hill (Dragons, Wales and Lions) and Rhys Buckley (Dragons). Then later at London Welsh there were a number of players who left the club when it was liquidated for the Premiership – Kristian Phillips and Daryl Marfo to Bath, Nick Reynolds to Newcastle, Ryan Hodson to Harlequins and Josh McNally and Lovejoy Chawatama to London Irish.

When London Welsh went into liquidation it was brutal. Most of the guys in that squad had previously played Premiership rugby or were aspiring to, and to see not just the players, but the fans and the sponsors who had invested so much time, effort and money into the club have that dream taken away was heart-wrenching.

For me this was compounded by a serious ankle injury which prevented a move anywhere else in the Premiership or Championship, and while I had a short spell at Ampthill I thought that my rugby career was over.

So it was brilliant to get that call from Rowland Winter and sign with Coventry. What it meant to me was a second opportunity to play a game that had effectively chewed me up and spat me out the other side. I never wanted to stop playing initially but being at the wrong place at the wrong time I was left with no other choice so when Rowland called and asked me to come and give it another go It was a no brainer.

But in many respects what is happening now is worse because there isn’t really a plan B. There aren’t 11 other ambitious clubs who can pick up the pieces, because for a lot of those clubs their long-term ambition died when they got the news that they were going to lose a substantial amount of financial support.

James Buckland and Olly Barkley were two of the best young coaches I have ever had. Both have since left full-time rugby altogether. What happens to all the young and aspiring coaches who want to get into the Premiership? Their pathway could no longer exist.

Looking at the nationwide picture, what happens to rugby in the north now? As a county Yorkshire has produced some quality Premiership and international players from Leeds, Rotherham and Doncaster. Where does Yorkshire go now for competitive rugby? There will be nothing accessible to them and it should be a worry to the RFU that the county will now be dominated by football and rugby league, leaving a huge gap in the number of young kids playing rugby and wanting to achieve international recognition in the future.