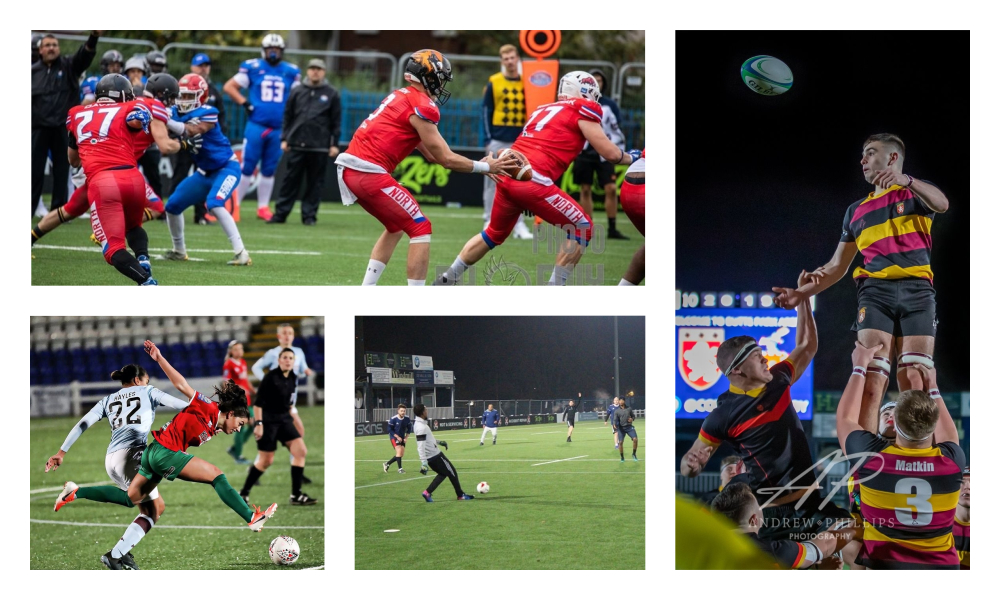 Coventry Rugby Executive Chairman Jon Sharp says he is delighted with the way that Butts Park Arena has met expectations for hosting multiple sports so far this season.

Historically Butts Park was Coventry’s home of sport, with cycling and athletics just two of the activities to have been hosted at the venue in addition to football and both codes of rugby.

Coventry Rugby returned to Butts Park – which had been the club’s first playing venue – in 2004, but over the years the toll taken on the pitch meant that such activities were becoming limited in scope and delivery.

But the installation of the new pitch over the summer has enabled Coventry Rugby to take a massive step along the road of taking Butts Park Arena back to its former status, and since being formally opened in September the number of sports and activities have risen dramatically.

So far in that short space of time Butts Park has hosted:

With Soccer Sixes starting a new league for the city on Monday nights and the impact of the recent heavy rain bringing a slew of new enquiries from a variety of clubs, Sharp says that the investment into the improvement of the pitch has been justified.

“I’ve been delighted with the positive impact the artificial pitch has had on the city’s sporting community,” he says. “Over the years there had been a significant toll on the old grass pitch, which was having an impact both on our day-to-day operations and longer-term planning.

“There are certainly no regrets about taking the decision to install the artificial pitch, especially when we’ve seen it be used for sports and activities as diverse as American Football and marching bands in addition to rugby and football.

“It has also enabled us to move quickly with our plans for the future, and we will be able to make some exciting announcements in the next few weeks that will solidify Butts Park’s status as a hub for sports and activities for the whole of the city’s community.”

To make an enquiry about reserving a time slot on the pitch, or to find out more about the other events and conferencing facilities at Butts Park, contact Elizabeth Martin via emartin@coventryrugby.co.uk