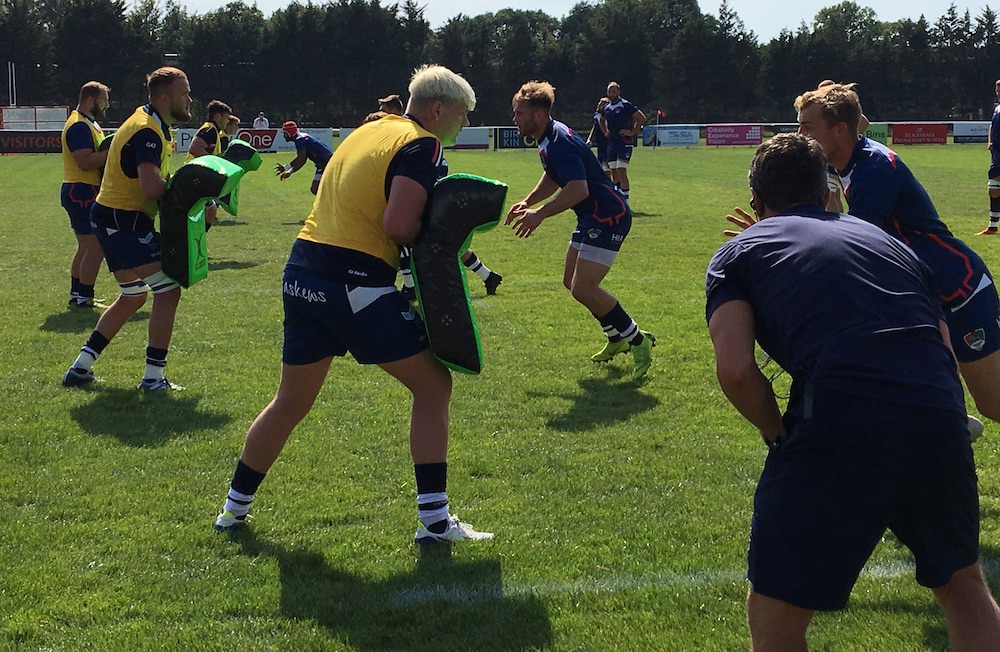 Coventry Rugby saw off a dogged Blackheath with a six-try win in the south-east London sun.

At a sweltering Well Hall it was little surprise that the teams took some time to size each other up, and the first 20 minutes had few scoring opportunities.

Blackheath opened things up with a 16th-minute Mark Cooke penalty from in front of the sticks after Coventry’s rearguard had held out repeated phases within inches of the line. The hosts had had the better of those opening exchanges, kicking a number of penalties to the touchline and edging the possession and territory.

For their part Coventry had had a couple of nice moments, Ryan Burrows catching the eye with ball in hand, and when they got into the hosts’ red zone they made the most of the position.

A penalty was kicked to touch, the forwards made a few metres, and with defenders sucked in Tom Kessell combined with Junior Bulumakau down the short side for the scrum-half to score.

Blackheath replied almost immediately, centre Marcus Burcham put over by good hands from Cooke, Leo Fielding and Craig Dowsett, although the finish looked a little loose with the ball control.

Play had also been disrupted by injuries to players from both sides, and when the action resumed it was Coventry who put together the move of the match. Darren Dawidiuk’s flicked pass set things off, with forwards and backs taking play deep into the home 22. Unfortunately Kessell’s final pass to Bulumakau died in the healthy breeze and Blackheath had the scrum.

However Coventry made mincemeat of the set piece, and when Blackheath were not able to clear their lines a penalty was awarded. Rory Jennings kicked to the corner and the pack did the rest, Dawidiuk coming up with the ball.

Blackheath hit back immediately, Dowsett on the end of a set move, but it did not take long for Coventry to score their third of the half themselves.

Some great play from Jennings, Bulumakau and James Stokes combined to send Jonas Mikalcius all the way to the corner. Blackheath’s defence held, but Coventry nevertheless had a lineout, and at the second attempt Dawidiuk was over for his second.

The second half also took its time to get going, but any thought that Blackheath would roll over was dispelled when Danny Herriott burst through the middle. This break put the hosts into a great position, and while the defence held for a number of phases through the middle when the ball went wide winger Jake Lloyd was over.

This brought Blackheath back to just a one-point deficit going into the final quarter, but just as they were looking to build up a dangerous attack the ball hit the deck, Heath Stevens hacked ahead and Jonas Mikalcius dotted down unopposed.

Five minutes later and the lead was into double digits. The scrum dominance brought a couple of penalties, and when Burrows’ quickly tapped penalty took play up to the goal line the recycled possession and patience created the opportunity for James Gibbons to crash over.

Back came Blackheath, retaining possession well for Lloyd to score his second, but Coventry retained their control until the final whistle. This was especially true in the scrum, which gave Burrows the platform from which to crash over from close range, reward for his own performance and a searing Stokes break which set up the position.