COVENTRY moved firmly and without any major alarms to a 15th successive victory this season at a well-populated Billesley Common.

The large visiting contingent helped swell Birmingham Moseley’s gate to 2,096, nearly 1,200 higher than the home side’s previous best this season, and the Cov faithful were not to be disappointed.

By half-time, with Moseley virtually blown away by a 36-3 deficit, the match was only going to finish one way.

An eight-minute spell midway through the half saw the hosts completely taken apart by some incisive, penetrating running which brought three tries, with Moseley surely very grateful when the half-time whistle finally blew.

What was said at the break in the home dressing room? One can only surmise, but it was surely along the lines of, well, this match is all but lost, go out and play with real pride and passion.

To their credit, although well beaten, Moseley did just tha, with the result that Cov spent far more time defending whilst also never reaching the same attacking heights again.

The gulf in class, though, in terms of running rugby was soon to become evident, although Moseley were to briefly lead.

With Coventry penalised near their 22, James Dixon slotted the left-footed penalty for 3–0 on 10 minutes.

Cov had already displayed their attacking ambitions, although some of the early executing of possession was not quite precise enough.

After Max Trimble, already proving a real handful, had only just failed to reach Tom Kessell with an inside pass, Cov took the lead after 15 minutes with a gem of a try.

With line-out ball won, play was switched to the narrow side with Rob Knox receiving possession some 25 metres out. With several home defenders to beat, Cov’s number 14 showed a clean pair of heels for a try brilliantly finished off. The testing breeze, which was a problem throughout, just defeated Will Maisey’s conversion attempt from touch.

All the meaningful pressure was now only coming from Coventry with the second try arriving on 20 minutes.

Scrappy play inside the visiting half finally saw James Stokes use his searing pace out wide with Knox again finishing off from a Maisey pass, the fly-half converting for 12–3.

It was to prove to be the first of a three-try match-defining burst.

With 27 minutes on the clock and Cov attacking yet again, Jacques Le Roux was adjudged to have high-tackled Trimble as the winger caused yet more panic in the home ranks, referee Boscawen awarding a penalty try from some 15 metres out with Le Roux receiving a yellow card.

Within the next two minutes Cov, running amok, were 24 points clear.

After both Latu Makaafi and Nile Dacres had made hard yards, Sam Tuitupou finished off in style, sealing the bonus point in 28 minutes with the breeze once more defeating Maisey’s conversion attempt.

More trouble for Moseley before the half time break with centre Joshua Jarvis receiving yellow for a no-arms tackle, and with Coventry attacking from everywhere against 13 men, tries number five and six were to come before the break.

First, after a line-out had been stolen, simple, slick passing from deep set Stokes through with his pace taking him to an 11th try of the season, the conversion attempt again failing.

Still time for the sixth. With Moseley finally putting some phases together, they again lost possession, only to see Trimble scorch away from fully 55 metres, leaving defenders in his wake, to set the seal on a fine half, with Maisey this time converting.

Down 36-3, it was a defining time for Moseley and to their credit they rallied and certainly put much more pressure on their visitors. It centred around a much more positive performance from the forwards who kept the ball largely at close quarters without, however, breaking down solid Coventry defending.

The atmosphere within the ground changed and became very flat for a time, before an excellent Moseley scrum set them up for a try. It was replacement fly-half Sam Hollingworth, the former Coventry Academy player, who claimed the deserved score and also added the extras.

Moseley were certainly playing with more spirit, but then found themselves conceding a seventh try on 72 minutes. After replacement scrum-half Pete White placed a delicate chip over the top, the Birmingham side lost crucial line-out ball near to their line, another replacement, hooker Phil Nilsen pouncing  to score with Tony Fenner, kicking in the absence of Maisey, also failing from halfway out.

There was still time for Moseley to claim a second try. With a Coventry chip kick rebounding, the home side poured forward, scrum-half Rob Lewis claiming the score which Hollingsworth converted.

Brett Daynes then received a yellow card as Mose pressed in the final moments before Cov, courtesy of a penalty, slipped the ball into touch for the final whistle to be blown.

Overall, a very emphatic win to end 2017. Five points, despite Darlington Mowden Park also winning, meaning the lead at the top of National One remained 13 points. A staggering 23 wins on the bounce as well, dating back into last season.

A two-week break before the visit of Old Albanian, when Cov will take into that match an impressive tally of 95 tries scored to date. 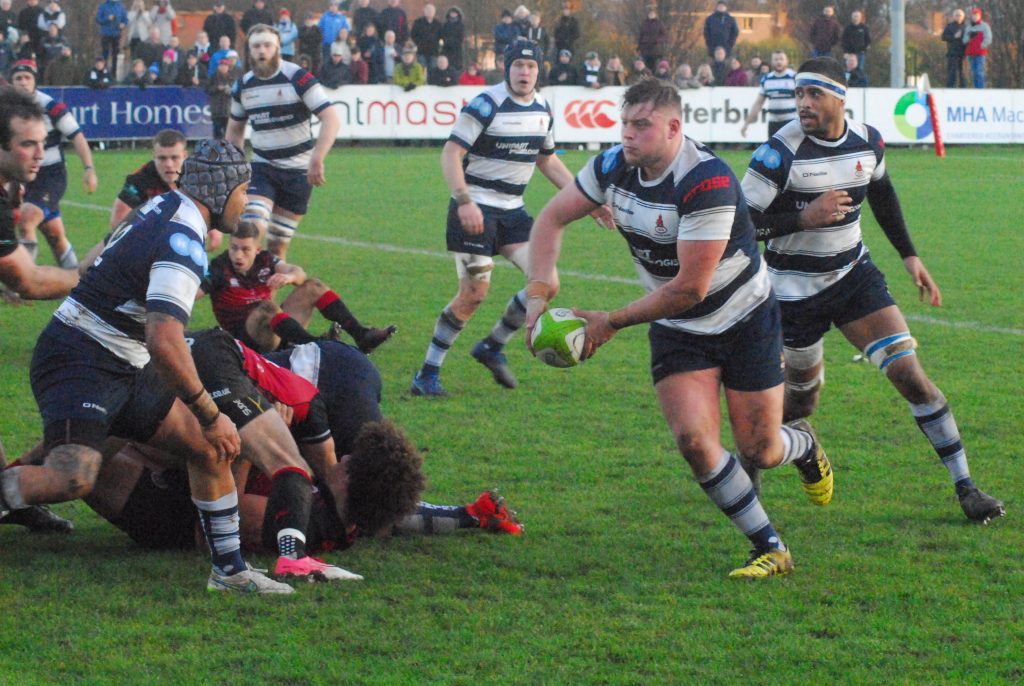 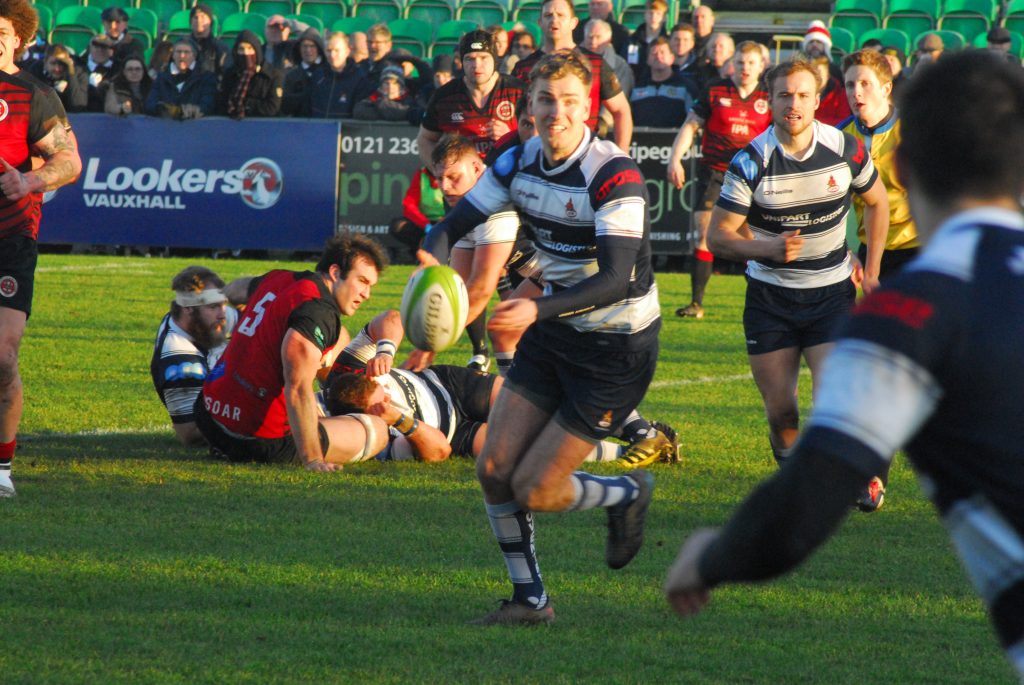