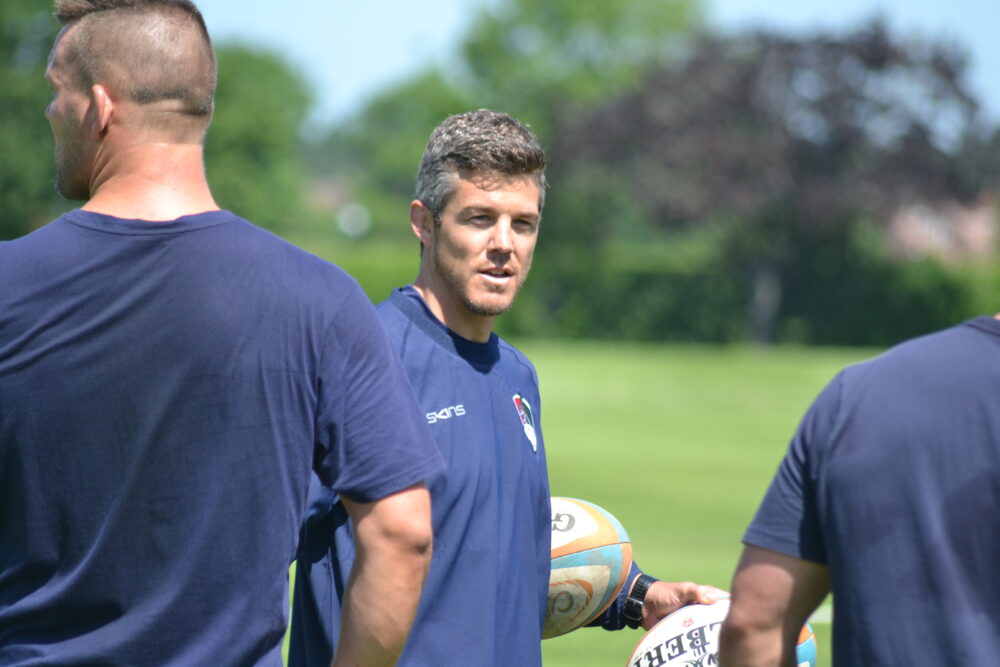 Coventry Rugby has today announced that Anthony Allen is leaving the club to pursue business interests outside rugby.

Allen, 34, joined Coventry from Leicester in the summer of 2019 as defence coach. After taking on more responsibilities midway through the campaign he was appointed as attack coach at the end of the season.

However, following a period of reflection during the last few months, Allen has decided to step away and focus on life outside professional rugby.

“I’ve been involved in rugby for over 20 years, most of it in the professional game, and it has been all-encompassing,” the former England centre said. “The last few months, when we have not had the week in, week out, demands of training, games, analysis, and so on, have given me time to reflect and spend time with my family, and following this I have decided to pursue some other business interests for the foreseeable future.

“It was not an easy decision to make. Coventry is a great club that is going in the right direction. There is a great group of lads in the squad, and I’ve had a fantastic relationship with Rowland and the coaches, and have really appreciated the support and opportunity from Jon Sharp. The supporters have been very welcoming as well.

“However I also know that this is the right decision for myself and my family and as a result I am comfortable with it.

“I wish everyone at Butts Park the very best for the future.”

Coventry’s attack and defence improved during the 2019/20 campaign, with more points scored and fewer conceded per match than in 2018/19, and Director of Rugby Rowland Winter says that this reflected the quality of the work which Allen had done.

“Ant has been a really good person to have around the club,” he said. “He brought some new ideas and the experience of working at Premiership and England Under-20 level to the club, and by the end of the season you could see the impact this was having on the field.

“However Ant has been open and honest with us about why he wants to step away from professional rugby, and we respect and understand his decision. He will always be welcome at Butts Park in the future.”

Academy Manager Ross Stewart will step up to lead the attack initially on an interim basis alongside his Academy duties, and will be supported by the experienced Tony Fenner. Winter says that he has full confidence that the pair will complement the coaching team of Louis Deacon and James Scaysbrook.

“Ross is a very experienced coach and Tony has been developing himself in this area for some time. It is a good opportunity for them both and I know that they have all the ability and talent needed to build on the strong foundations that we have,” Winter added.