DIRECTOR of rugby Rowland Winter viewed last night’s 48-0 win at Nuneaton as another step in the right direction as Coventry made it two from two in their pre-season programme.

Three tries to the good in the first 18 minutes, Cov had to defend for long periods before stretching their advantage to 22-0 at the break and going on to add four more tries in the second period.

“It was definitely a step up from last week and another building block,” said Winter. “It was a good performance so I’m very pleased.

“Again, I was pleased with our defence – to nil any team is always good – although I was disappointed with our discipline, I thought we gave them plenty of opportunity. The referee was tough on us, but we still infringed far too much and it’s something we need to have a little look at.

“We used 32 players who’ve had a great run, and finished the last 25 to 30 minutes with Cliffie Hodgson and a Development team competing quite easily against National Three opposition and dominating  the game which bodes well for the pathway we’re trying to create and build for Coventry’s future.

“Our scrum picked up, adjusting to the new Laws, by and large our line-out was successful with a couple of good drives, and we got our free-flowing game going.”

A Tony Fenner break set up the opening try for Alex Grove after four minutes, and a catch-and-drive try followed from a close-in penalty line-out before Ben Palmer, who had added a drop-kick conversion, crossed to make it 18-0.

Anthony Matoto raced in to the left corner just before the break after Cov had been forced to defend solidly, James Neal picking up a yellow card in the process, and there were further tries from Javiah Pohe, Neal, Joe Lane and Jake Byrne, three converted by Palmer, as the visitors controlled the final 25 minutes. 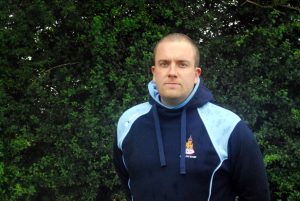