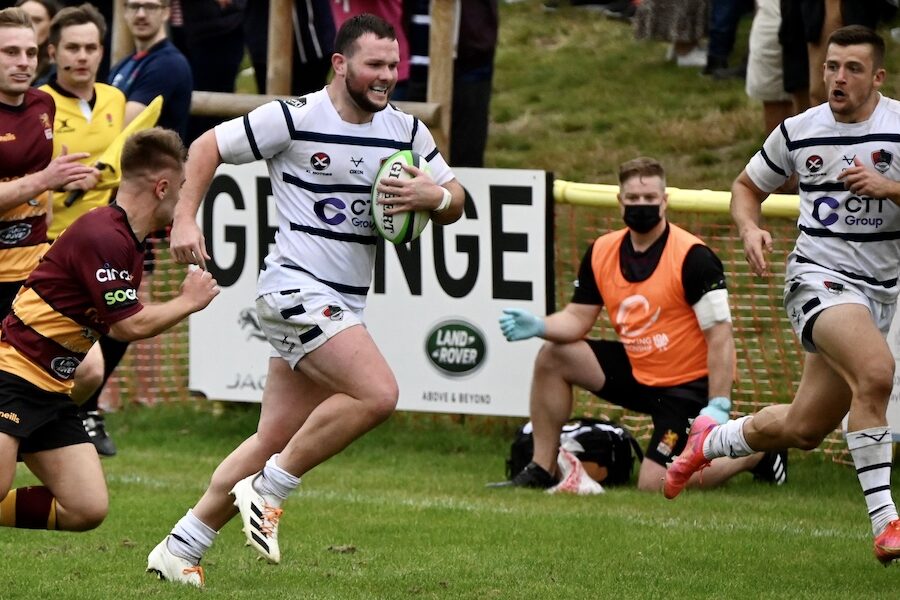 Dillingham Park proved to be the toughest of nuts to crack once again, with Coventry losing their first game of the Championship campaign in the mid-Bedfordshire countryside. Here are the moments that mattered.

Rugby can be effective without playing much rugby

With a long-term Saracen at scrum-half in Kevin Barrett and another as forwards coach in Mouritz Botha, and Saracens having used Ampthill for a few seasons to give their youngsters game time, it is little surprise that Ampthill play largely efficient, risk-free rugby.

By doing so they won five penalties all inside Russell Bennett’s range inside the opening half-hour, and with the fly half on target each time the hosts built themselves a 15-0 lead without having put Cov under any real pressure. And when their pressure at the start of the second half had been repelled, captain Charlie Beckett had little hesitation in pointing to the sticks for a sixth time.

For their part Cov had all the ambition, and the best sights of the try line for all bar 10 minutes of the match. But when you are up against an aggressive and hard-working defence – and Ampthill deserve plenty of credit for their effort in this regard – you need to be accurate, and a few too many times the handling went astray to let the hosts off the hook.

Chances have to be taken

The first hour was summed up in the final play of the opening 40. Tony Fenner’s fizzing pass in the face of Ampthill’s aggression set up Rob Knox for the break, and with one defender to beat and a handful of white shirts in support the try looked a certainty. However, the tackle was taken, the ball was held up and referee Andrew Jackson’s whistle brought the break.

At 5-15 or 7-15 momentum would have begun to swing, and Cov would have been buzzing heading into the sheds. Instead it was Ampthill who were buoyed, and with Bennett also kicking the first points of the second half had the lead which was too much to overcome.

If that first half moment did not decide the outcome, Cov’s final break did, with a scything break up the left wing and Rob Stevenson running the support line on the inside. But the pass came too late and was too tough to hold onto, and Ampthill were able to hold on for the win.

Tries come, but too little, too late

Cov did have the small consolation of outscoring Ampthill in terms of tries, with Tiki Nayalo and Ewan Ashman both going over from very close range and Ashman also on the end of what will be one of the standout tries of the season, let alone this match.

Knox began the play, with a break up the right wing, and when the ball had been recycled through the middle and Tom Curtis dinking a chip for Jack Metcalf to collect, the replacement hooker was on the end of the scoring pass to go over in the corner and mark his debut in spectacular fashion.

That all three tries came in the final quarter showed Cov’s high level of fitness, and the third was a reminder of the potential of this team to cut loose in the remainder of the campaign, but the looks on the faces of the team and staff at the final whistle told the whole story.

The announced crowd was just over 800, and the view from the other side of the ground was that a very large proportion of that was in blue and white. Having had 1,800-plus at Butts Park in Round 1, and more than 2,000 for the pre-season against Wasps, Cov’s travelling faithful gave everyone a reminder that this is the biggest club in the Championship, whatever the result.