A warm Cov welcome to Phil

COVENTRY Rugby is excited to announce the addition of highly-experienced hooker Phil Nilsen to their squad for next season.

The 32-year-old is joining from Yorkshire Carnegie where, coming through the Leeds-based club’s Academy, he made his senior debut in 2006 and – granted a testimonial last season – reached the landmark of 200 appearances in January this year.

Named in the Greene King IPA Championship Dream Team for this season, Nilsen has played under some of the top coaches in the game – including Stuart Lancaster and Sir Ian McGeechan – with extensive experience across the Premiership, Championship and European competitions.

“At the present there is not a better hooker in the Championship,” said director of rugby, Rowland Winter. “Phil is very well respected and will add drive and physicality to our pack, and he will be another leader with all the experience he has got.

“Phil welcomes the ambition that we have at Coventry – he is fully aware of what we are trying to develop and build.

“He is excited about the part he can play in this and what he can bring to our team, and we are delighted that he wants to take on a new challenge with us.

“Hooker is an area of the squad where we have not had enough competition with only two senior players this season and we survived thanks to their durability, but we need more depth and Phil definitely adds this and quality.”

Nilsen has signed a two-year contract. 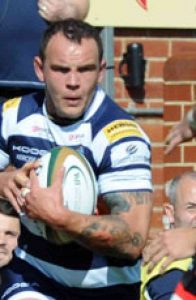