A Cov welcome to Latu

COVENTRY Rugby is delighted to welcome Tonga international back row forward Latu Makaafi as the third new signing for next season.

The 35-year-old powerhouse, who is equally at home at blind side flanker or No.8, joins from Championship club Doncaster Knights where he has made 111 appearances over five seasons, scoring 39 tries.

The club is also delighted that hooker Scott Tolmie has signed a one-year extension to his contract after a successful first season at Butts Park, while tight head prop Phil Boulton and second row Tom Jubb are both confirmed as remaining for a second year.

Makaafi, who was named in last season’s Championship Dream XV, brings a wealth of experience to Cov having spent a season at both Rotherham Titans and Jersey Reds in between his two spells with Doncaster, where he has played 13 games this season.

“Latu is undoubtedly one of the best back rows in the Championship,” said Cov’s director of rugby, Rowland Winter. “He’ll bring a harder edge than we’ve had this season and I think he is the type of player we have been missing.

“He’s a hard-working, no-nonsense, abrasive back row which is exactly what we want, he is more than comfortable at 8 or 6, and he’s got plenty of rugby left in him.

“Along with Jack Preece, he will be an excellent addition to our back row options and he is a player who will add real leadership to our team.”

Tolmie, who joined from Birmingham Moseley last summer, has been an ever-present in Cov’s match-day 20 this term, scoring six tries.

“Scott has shown his skill set and ability around the park and has been a strong part of a front five that has been dominant this season,” said Winter.

“There’s a lot more to come from him at the age of 23 now he’s settled in, and with a good pre-season under his belt he’ll kick on.

“He’s had plenty of offers from the Championship but has chosen to stay under the tutelage of Boris Stankovich and move forward.

“For us to retain Scott when there is interest in him shows that he’s bought into what the club’s drive and ambition is about, and we’ve bought into his development as well and put a lot of investment into him which I think we will reap the rewards for next season.”

Boulton and Jubb bring the number of current players confirmed as remaining at the club to seven with more to be announced over the coming weeks.

“Both have been an integral part of our squad this year,” said Winter.

“Phil has led the side well since Eoghan Grace was injured, showing off his strong leadership skills. He has played a big part in a largely dominant scrum with all his experience, and although he is an older head, he has just turned 30 so his best years are still to come.

“He has really bought into what Cov as a club and a city is all about.

“Jubby has shown that on his day he has all the athletic abilities to be one of the most exciting second row loose forwards in the league.

“He’s got a lot to work on and we know he’s in the right place to develop – we’re looking forward to him adding consistency and physicality to his game to match the exciting athletic and dynamic rugby player he already is.”

Back row forward Ali Bone has joined National League 2 South club Chinnor with immediate effect. All at Coventry wish him well for the future and thank him for his efforts and hard work this season. 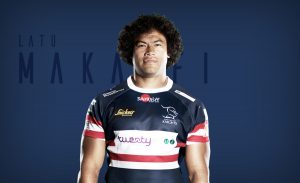 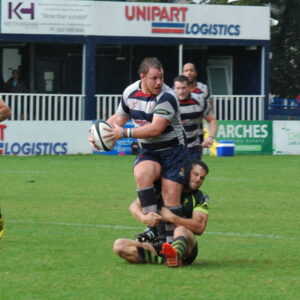