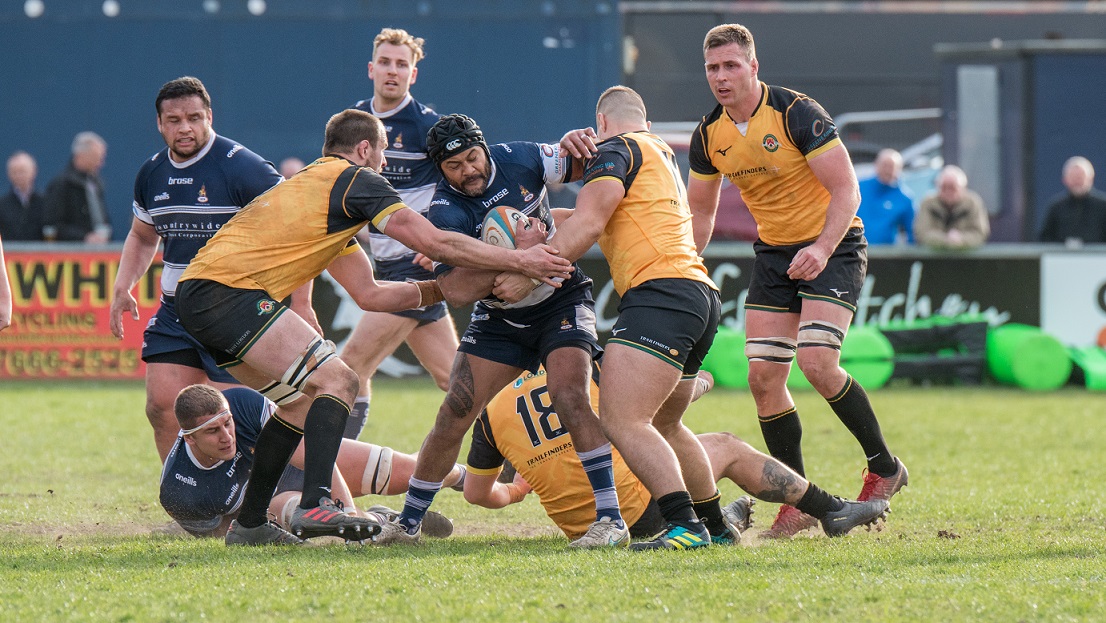 Sam Tuitupou plays his final game at the Butts Park Arena when Nottingham are the round 20 Greene King IPA Championship visitors tomorrow (3pm kick off).

The hugely respected former All Black, who brings the curtain down on a distinguished 20-year playing career at the end of the season, partners Heath Stevens in the Blue-and-White midfield.

They start outside half-backs Pete White and Will Maisey, while David Halaifonua joins Max Trimble and Andy Bulumakau in a pacy back three.

Wth Cov awaiting the results of a scan recently carried out on Phil Nilsen’s knee, experienced hooker Darren Dawidiuk returns from his loan spell at Franklin’s Gardens to appear with Gerard Ellis and Donald Brighouse in the front row.

With his suspension now complete, lock Alex Woolford also returns to the starting line-up alongside Scott Russell, while Cov’s coaching group have opted for mobility in the back row where Tongan openside Jack Ram joins Ben Nutley and Australia sevens cap Ben Adams.

A powerful bench includes four of the front five that started Cov’s round 19 clash with Yorkshire Carnegie plus scrum half Tom Kessell and Rob Knox.

“We beat Nottingham at home in the cup, lost to them in the away game then drew there in the league, so it would be nice to get the win that would also possibly enable us to climb a couple of league places.

“But that won’t be easy since Nottingham are a good side who have a side packed with talent. They like to move the ball around and stretch opponents, in fact there are quite a few similarities between the two sides as we both like to play with intent.”

Advanced tickets for tomorrow’s Greene King IPA Championship clash with Nottingham, preferentially priced at £18 (seated), £15 (standing) and £2 (ages three to 16) are available before 4pm from the Butts Park Arena ticket office on 02476 231001.